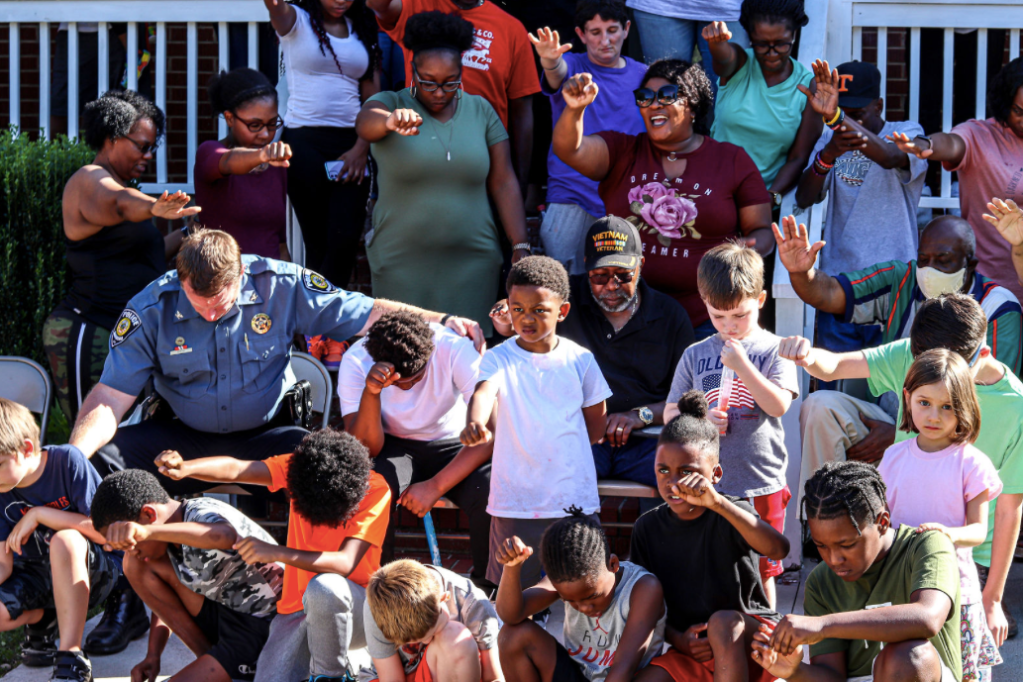 An estimated 50 people gathered Sunday at Galilee Baptist Church in Oakboro to show solidarity after the killing last week of George Floyd while in police custody in Minneapolis. Photo was taken by Brittany Lancaster.

The last few months have been difficult, with the country beset with numerous crises. In the midst of a pandemic that has killed more than 100,000 people, economic turmoil not seen since the Great Depression and nightly protests featuring violent and at times deadly clashes with police, America is struggling.

But there is still much hope and goodwill that has been on display in communities across the nation, including Stanly County.

On Sunday afternoon at Galilee Baptist Church in Oakboro, a crowd of around 50 people of varying ages and backgrounds gathered to show solidarity in the wake of the death of George Floyd last week in Minnesota while in police custody. The event was punctuated with an image of the people joined in prayer for several minutes, with heads bowed and hands raised outward.

“The whole purpose behind this was unity,” said Oakboro Police Chief T.J. Smith, who helped organize the event. “We as a community have to unite to show positivity.”

Smith posted on Facebook after the event, saying that “in light of the tragic death of George Floyd and the subsequent riots and violence” the Oakboro police and the town of Oakboro “felt the need to send a positive message.”

“Through the efforts of community leaders, we come together to show that while each of us is imperfect, together we are better and stronger,” he said. The post ended with the hashtag #UnitymakesCommunity.

Smith called the actions of the officers involved in Floyd’s death “inexcusable” and said “we stand with the community that demands justice.” 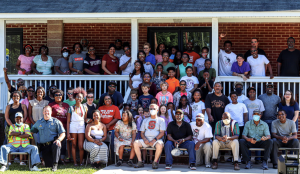 Around 50 people gathered Sunday at Galilee Baptist Church in Oakboro to show solitary in the wake of the death of George Floyd last week. Photo taken by Brittany Lancaster.

The event was part of a movement called the Susu Community Project, which was started by Oakboro natives Ralph Jackson, a teacher and football coach at Anson High School, and Chauncey Bruton, behavioral management technician at Central Elementary School, during the outset of the coronavirus outbreak as a way to help people in the community. Bruton said the name is of West African origin and involves a group of people paying a fixed sum to a common fund which gets distributed to different people each month.

“We’ve been talking back and forth about trying to inspire and uplift and improve the community,” Jackson said. They want to motivate and encourage people to take ownership of their communities. 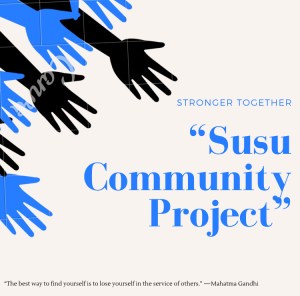 Ralph Jackson and Chauncey Bruton created the Susu Community Project a few months ago to try and unite people in the community, especially African Americans, to work towards positive change. Photo courtesy of Chauncey Bruton.

Their goal is to start two-day neighborhood cleanup events, beginning in South Oakboro and eventually rotating to other neighborhoods across the county. While everyone is encouraged to get involved, Jackson and Bruton said they specifically want black people from around the county to pitch in and help. They also want to eventually spearhead a mentorship program for young black people in the community.

The Susu Community Project’s first official meeting will be at 6 p.m. Wednesday in South Oakboro on Hamilton Road, according to a Facebook post from Bruton. The goal of the meeting is to “bring our young/old black men together, and to show our community that we are going to stand for us.” They will walk through the community together to see what the people need. Bruton encourages people from Albemarle, West Badin and Norwood to also come out.

As a young black man, Bruton was affected by Floyd’s death.

“It still hits you in the stomach every time you see it, but it’s become so normalized,” he said, referring to the fact that young black people continue to be killed in this country. He recalled a moment a few years ago while he was a student at UNC Chapel when he found himself surrounded by 12 police officers.

“It was one of the scariest moments of my life,” he said, adding that he had not committed a crime nor done anything wrong.

While Bruton doesn’t condone the violence and looting that has occurred during many of these nightly protests, he is encouraged that black people are finally being heard.

Locust resident Brittany Lancaster, who captured the scenes that took place Sunday, said she started her photography business right before the coronavirus outbreak as a “ministry to capture life’s toughest moments and to bless as many people as I am able.”

While at the event, Lancaster said she was especially moved by a conversation that she captured between Smith and Terrance Blackmon, which she said “gave me chills.” 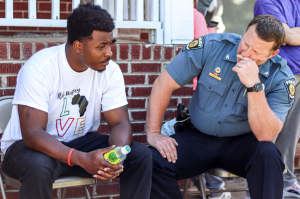 Jackson said that while the Sunday event “was powerful and definitely needed” it’s now time to “get back to our business…making sure that we can take care of our communities.”