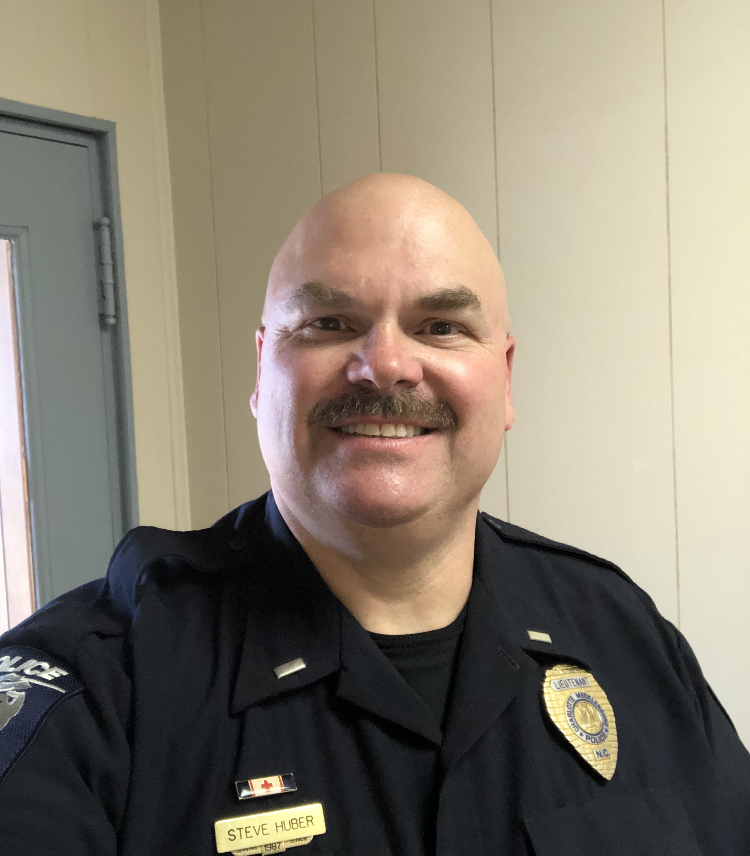 Locust mayor Steve Huber has been part of the Charlotte-Mecklenburg Police for 34 years. Photo courtesy of Steve Huber.

As a child Steve Huber was inspired by the 1970s TV police shows “Adam-12” and “S.W.A.T.” These shows cemented in his mind the profession he wanted to pursue when he got older.

“I always told people I wanted to be a police officer and help people,” he said. “I was born to be a cop.”

He is most well-known in Stanly County as the mayor of Locust, a position he’s held since 2012, but his day job for the last 34 years has been as a police officer in his hometown of Charlotte.

Though he’s a retired police lieutenant, he still works for the department part-time, about 20 hours a week.

Huber, who began his career with CMPD in February 1987, spends much of his time in Charlotte teaching active survival programs to businesses and organizations, where he instructs people on what to do if they ever find themselves in an active shooting situation.

Once the COVID-19 pandemic hit and the program ended, Huber and his unit has stayed busy helping provide food to shut-ins through programs like Meals on Wheels.

Huber said an average day as an officer is usually “immersed in chaos.”

Things have only gotten more chaotic for officers with the recent protests across the country, stemming from last week’s death of George Floyd, a black man in Minneapolis, at the hands of the police. The protests have often turned violent with protestors and police throwing projectiles and tear gas at each other.

There have been several protests in Charlotte over the past week, though Huber hasn’t been directly involved with them. Last Saturday during one of the protests, he was in the city working alongside the Highway Patrol civil emergency unit, “but my role was just to be a liaison to them and facilitate their needs.”

Huber said he has seen the video of Minneapolis police officer Derek Chauvin kneeling on Floyd’s neck for almost nine minutes. Chauvin and three other officers have been fired. He has been been charged with second-degree murder and manslaughter while the others are facing charges with aiding and abetting second-degree manslaughter.

“What happens in that video to Mr. Floyd is horrific,” Huber says. “There is not one police officer out there that would look at that and support that. Not one.”

While Huber understands the need for people to peacefully protest and make their voices heard, he does not condone the violence and looting that has also taken place, including in Charlotte. And he says that the police officers, many of whom have had rocks and other projectiles thrown at them, are human beings with families and that “underneath these masks, they’re white, they’re black, they’re Hispanic.”

He fears that although most protestors are peaceful, there are a small minority of people, whom he calls professional agitators, who have been the ones creating violence, clashing with the police and looting.

He doesn’t understand how looting and destroying businesses, many of which have recently opened after struggling due to COVID-19, is connected with advocating for justice for Floyd.

Even during the protests, Huber said police officers have one goal in mind and that is to protect and serve the people in the community. In any field or profession, he said there’s always a bottom 5 percent of people. He said in law enforcement, the bottom 5 percent have been the ones who have engaged in police brutality and extrajudicial killings of people like Floyd.

“They’re the ones that cause everyone to judge the remaining 95 percent harshly,” Huber said.

He said there are many safety mechanisms in place that can hold officers accountable, including body cameras and the ability for people to film officers on their phones.

Huber stressed that the majority of officers are “hardworking people” who would “never, never treat somebody unfairly, particularly to try and hurt them.”

“The police are here for you, we’re not against you,” Huber said. “The only people we are against are…criminals and the people who are trying to hurt and take advantage of other people.”