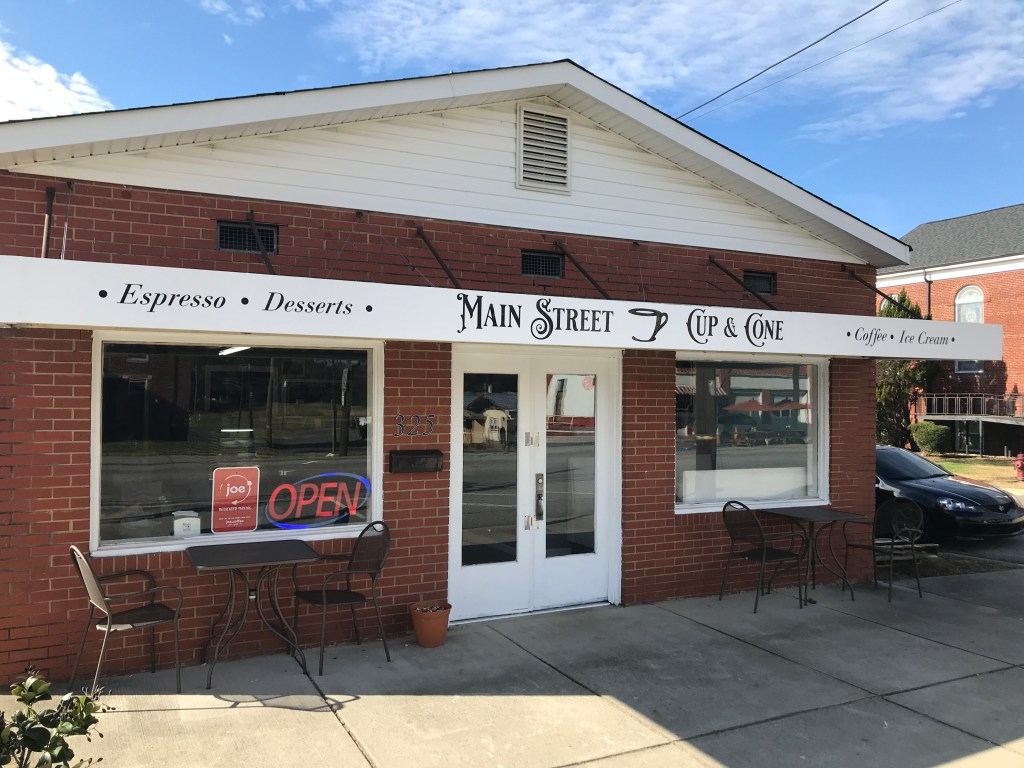 When the announcement was made last month that the Oakboro Fourth of July Celebration would be canceled this year due to the coronavirus pandemic, Paul Hinchliffe, owner of the downtown coffee house Main Street Cup and Cone, decided to take matters into his own hands.

Knowing many people will still be around for the fireworks at 10 p.m., Hinchliffe has spent the past few weeks working to organize what he calls an Oakboro Freedom Concert, which will take place throughout the day and help recapture some of the excitement of the annual celebration.

“We’re trying to raise the spirits of the community,” Hinchliffe said.

He was inspired by his own experiences attending the celebration. Hinchliffe always enjoyed listening to the performers on stage over the years as his daughters, who help him run the coffee house, focused their attention on the rides and games.

“The music is synonymous with Oakboro on the Fourth of July,” he said.

Beginning at 2 p.m. and lasting until the fireworks, there will be a steady stream of local performers along with several food trucks.

The singers will perform in the parking lot between Main Street Cup and Cone, at 325 N. Main St., and NAPA/Butch’s Auto Parts. They include Evan Parker, Dustin Curlee, Buddy Ray Cutshaw, Andrew Parks and Friends and Jody and Joanna. There will also be a 50/50 raffle and tickets can be bought at the store this week.

“Everything about this is local,” Hinchliffe said. “We’re very much about supporting local business.”

He encourages people to spread out throughout the downtown area during the performances and wear masks to make sure everyone is doing their part to be as safe as possible. He has talked with Oakboro Police Chief T.J. Smith to let him know about the event.

“We just want to give everybody a few hours of normalcy,” Hinchliffe said about the concert.

Main Street Cup and Cone is also slated to open its new location in Locust sometime in early July after the concert. The coffee house will be located at 243 Market St. in Town Center.

It will be similar to the Oakboro location with just more space and some new offerings. The Locust location will have 40 ice cream flavors (compared to 32 at the original location) along with cold brew and nitro brew on draft.