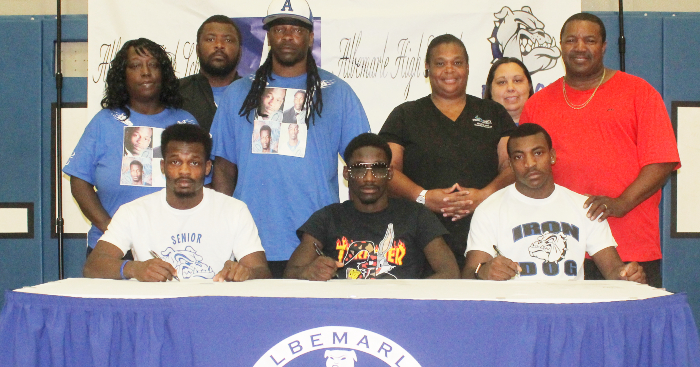 Three of the standouts of the Albemarle football team from the 2019 season signed recently to attend and play football for Virginia University of Lynchburg.