Dr. Michael Thompson, a long-time history professor and director of the Undergraduate Honors Program at Pfeiffer University, has been named the university’s interim provost. 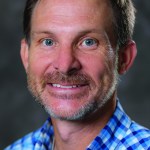 He succeeds Dr. Tracy Espy, who was recently appointed the president of Mitchell College in New London, Conn.

“In addition to teaching, I’ve had the privilege of serving on numerous committees and the Faculty Senate,” said Thompson. “I’ve seen up close just about every facet of the university’s academic programs, and I look forward to bringing my experience to this role.”

Thompson’s interim appointment gives the university several months to determine steps for naming Espy’s permanent successor. He will remain in the classroom, teaching a third-year seminar course that explores globalization through the lens of the game of soccer.

His research and publications have focused on the rural South, and he has taught courses on subjects ranging from the American Revolution to the Civil Rights Movement.

In addition to his time in the classroom, Thompson has served in a variety of administrative capacities such as Director of General Education, Curriculum Board Chair and as an active member of the Promotions and Contracts, Diversity and Inclusiveness, and Faculty Development committees.

He has served two terms on Pfeiffer’s Faculty Senate, including a term as chairman, and leads the Department of History.

Dr. Scott Bullard, Pfeiffer’s president, said that Thompson’s appointment as interim provost would be “an encouragement to many in the university” because of his tremendous leadership in numerous areas.

As interim provost, Thompson said his focus would be on maintaining Pfeiffer’s accreditations and building on its academic strength.
Because of COVID-19, the university suspended in-person instruction and shifted to online learning for the spring semester. Thompson said he’ll help the university develop plans to open its fall semester on campus safely.

“Higher education faces many obstacles, but I feel that Pfeiffer also has great opportunities ahead,” he said. “I accepted this challenge, first and foremost, due to the confidence that I have in our faculty and program leadership. I am eager to begin work.”