‘In my 20 years as a nurse, I have never been this overwhelmed’: Former Stanly resident, nurse on combating COVID-19 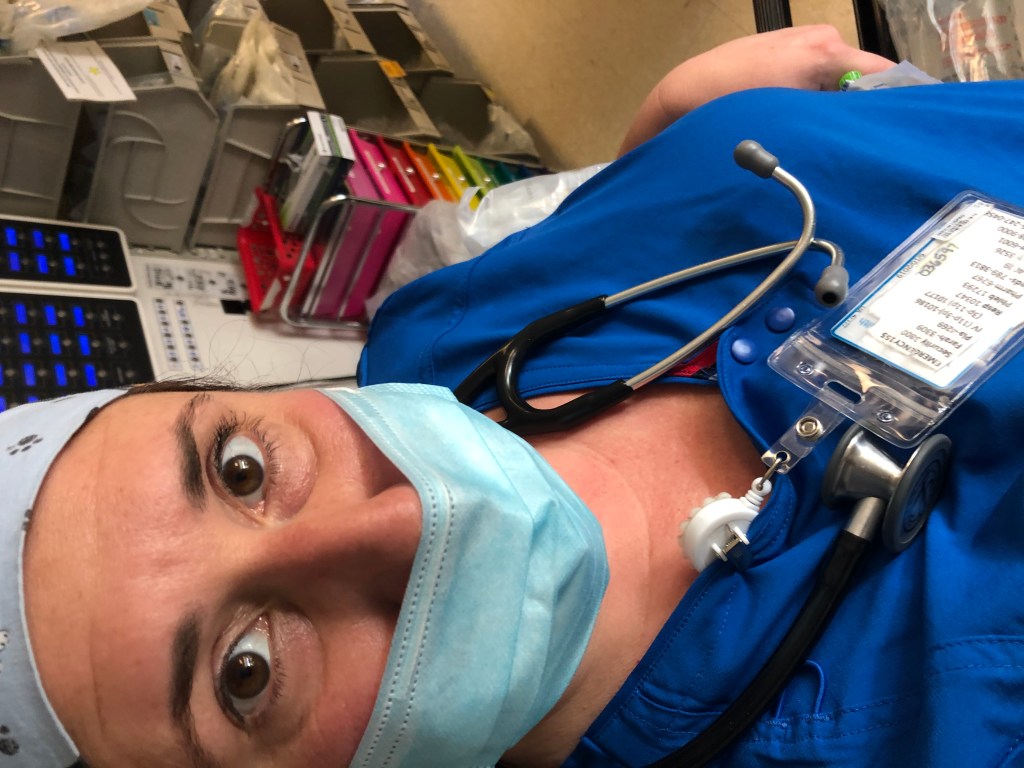 Even though Albemarle native Jennifer Sykes Baker has been a nurse for roughly two decades, nothing could have prepared her for the past several months dealing with the coronavirus pandemic, which has ravaged hospitals and health care systems all across the country.

Treating Covid-19 patients for up to 12 hours a day has been “the most exhausting…I don’t even know how to put it into words,” she said.

But the gravity of the situation and her place in helping to combat the virus is not lost on her.

“You realize you’re living in history,” she said about the unique nature of COVID-19, adding that pandemics seemingly occur once every 100 years. (Sykes Baker was likely alluding to the Spanish Flu of 1918, which was a deadly influenza outbreak that infected 500 million people, or roughly one-third of the world’s population, according to the CDC).

As a traveling nurse, Sykes Baker, 45, has been working at the Yale New Haven Hospital in Connecticut, which is on the campus of the Ivy League school, since early March. The state, like many in the Northeast, was heavily hit by the virus from the very outset in mid-March.

Shortly after she arrived at Yale, where she had already worked in the past, the pandemic erupted and her 22-bed unit — which is typically an observation unit for short-term stay patients — was designated as the first COVID-only unit in the hospital, which is one of the largest in the country with 1,541 beds.

“When Covid came, they restructured the entire hospital system to prepare for what they were seeing happening in Italy and China,” she said.

Even though her hospital has started to see a slowdown in cases over the last two weeks, Sykes Baker’s life for the past three months has been focused almost exclusively on COVID-19, which has taken its toll on her.

“In my 20 years as a nurse, I have never been this overwhelmed,” she said.

Though not originally from Stanly, Sykes Baker spent the majority of her childhood in Albemarle. After graduating from Albemarle High, she attended UNC Charlotte and later Presbyterian Hospital School of Nursing.

She initially worked at Presbyterian Hospital’s oncology unit before moving back to Stanly County, where Sykes Baker spent about five years as a supervisor at Stanly Manor. She also worked for GHA Autism Supports in Albemarle as director of nursing for around two years. After spending time in Alabama and Tennessee, she came back to Stanly and worked at the hospital. 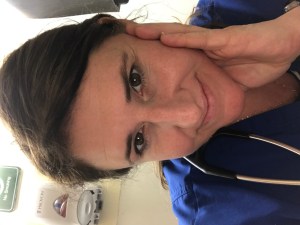 With the prestige of working at one of the most revered universities in the world combined with spending virtually all of her time fighting a once-in-a-generation threat, her time at the hospital in New Haven has been unlike anything she had ever experienced.

She said the hospital has been at the forefront of cutting edge technology to help deal with the virus and has been working on research into drugs, such as the antiviral drug Remdesivir and the antimalarial drug Hydroxychloroquine, which have shown some success against the virus.

Once the pandemic hit, procedures changed on a daily basis and she had to learn about many new things — such as how to properly insert swabs into patients’ noses to test for the virus.

Of the 22 beds, 21 were occupied most days with coronavirus patients, many of whom eventually had to be intubated and put on ventilators. Sykes Baker and other nurses on her unit often intubate patients in a negative pressure room before sending them to the ICU to be placed on ventilators.

Sykes Baker said the busiest time for the hospital was probably mid-to-late April.

“That was when it was just really crazy here,” she said.

Sykes Baker has personally experienced that the virus targets all kinds of people, regardless of age or fitness or whether someone has underlying medical conditions.

What has made the coronavirus especially troubling is that because it’s so infectious, patients, even in their final hours, are often alone, without the support of loved ones. All they have around them are doctors and nurses who can seem alien with all of their protective gear.

“You have these people who absolutely are gasping for their last breath and they’re doing it alone or with us,” she said.

But even though Sykes Baker has witnessed death and has lost people to the virus, she likes to focus on the people that she has helped save.

“I was going into this not really for myself, but to try to save somebody’s mother, father, brother, sister, so that they could come out and hug them, kiss them one more time and give them another chance of life,” she said. “For a lot of people it has been a death sentence, but for a lot of people, they’ve made it.”

Living with the fear of catching the virus

What has made dealing with the coronavirus so exhausting has been having to constantly wear N95 masks — up to 10 hours a day, during which time Sykes Baker and others are inhaling their own carbon dioxide.

“You get dizzy, you get headaches,” she said, adding that there have been times she thought she would pass out. “You’re in a room…and when you come out your whole scrub top is wet with sweat. It’s tiring and you’re wiping down every little thing you bring in that room and take out of that room.

“There’s just so many extra steps that you have to take with Covid,” she added.

An ever-constant fear for Sykes Baker has been contracting the virus. An innocent cough, which she said can be caused by the N95 masks, weighs on her mind because after continual exposure to coronavirus patients at the hospital, even while wearing PPE, she wonders if she contracted the virus.

Only a few nurses in her unit have contracted the virus, she said, while half of the staff on the floor below have become infected.

Like many medical professionals dealing with coronavirus, Sykes Baker spares no expense to make sure she is not bringing the virus home with her. She changes her clothes before leaving the hospital each day and places her shoes in a plastic bin in her car before putting on slippers. Once she arrives at a house she shares with others, she immediately showers.

Sykes Baker recently discovered that she was negative after performing the swab test on herself, per the hospital’s requirement.

“That was really hard,” she said. “They made us twist it (the swab) for 15 seconds at the back of your nose…”

When away from the job (the hospital doesn’t want nurses to work more than three days in a row), Sykes Baker enjoys hiking in the woods with her dog, which she says helps her regain a sense of normalcy.

About the importance of masks

As a nurse and someone who wears an N95 mask to protect herself, Sykes Baker understands the importance of personal protective equipment. But she doesn’t necessarily understand why so many people are still refusing to wear masks in public.

While people without masks in public in Connecticut is a rarity often met with angry stares (the state has had a mask mandate since April), she said the opposite happened to her a few weeks ago when she was at a grocery store in Albemarle. She said practically nobody in the store was wearing a mask, except her.

“People looked at me like I was crazy,” she said about wearing the mask.

For Sykes Baker, wearing a mask is all about showing respect for others.

Wearing a mask is also a way of showing empathy for other people — especially those that have been infected and are fighting to stay alive.

“Think of the one person you love the most,” she said, “and they went somewhere and there was somebody that didn’t have a mask on and they had it (the virus) and gave it to the one person you can’t live without. Imagine them going to the hospital and being put on a ventilator and you can’t come to see them and they may die by themselves.”

She wishes more people would have a healthy respect for the virus, which she says is still a new disease and, contrary to what some believe, is much more dangerous than the flu.

“Nobody’s ever had this virus before and you don’t know how it’s going to affect you,” she said. “I think there’s such a lack of respect for things that are not seen that are so powerful.

“People really need to just take it seriously,” she added.