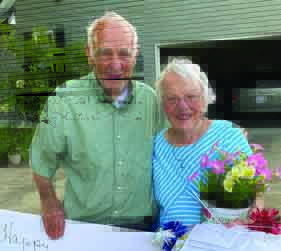 Herbert and Catherine Veatch were honored with a drive-thru parade Monday to celebrate their 64th anniversary.

The COVID-19 pandemic did not stop family and friends from celebrating the 64th anniversary of Herbert and Catherine Veatch.

They were married in Milledgeville, Ga. at Hardwick Methodist Church in 1956. They have lived in Albemarle for 16 years. 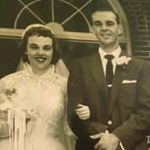 They have a son, Dr. Phillip Veatch, who is married to Nancy Cunningham Veatch, and a daughter, Vickie Veatch.

Mrs. Veatch is the daughter of the late Fincher and Evelyn Mills of Milledgeville, Ga.

Mr. Veatch is the son of the late Charles N. Veatch and Glenna Veatch of Milledgeville, Ga.