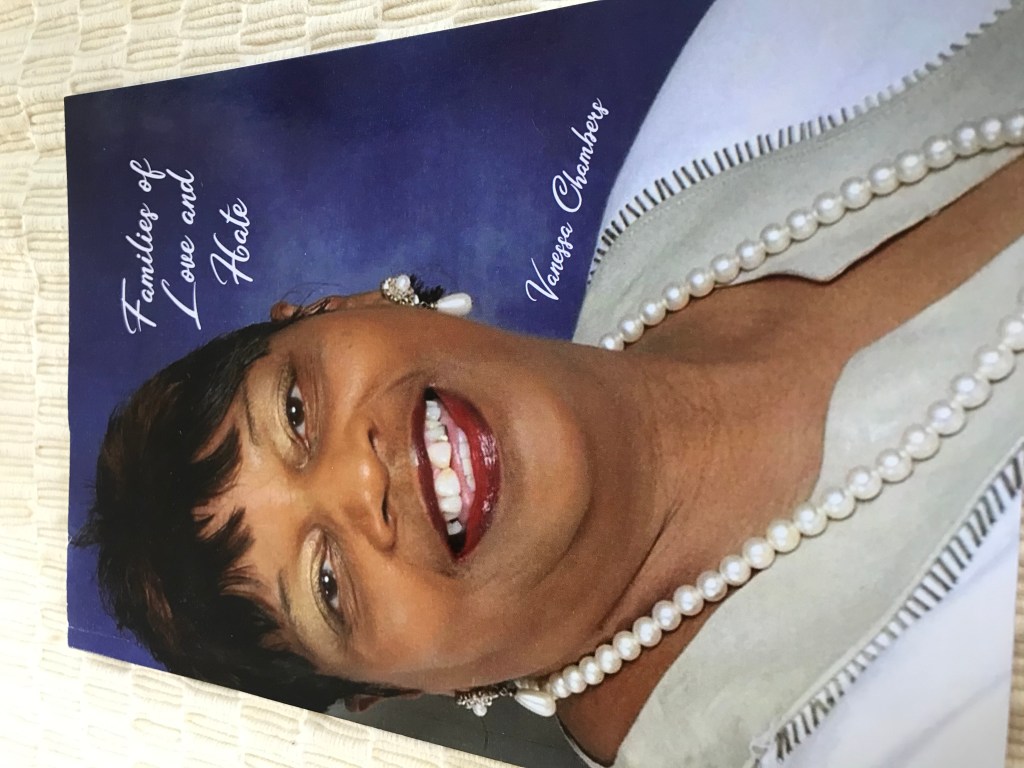 Vanessa Chambers penned a new book, "Families of Love and Hate," about her experiences growing up with 10 siblings.

Vanessa Chambers had a very interesting and dynamic childhood in Stanly County. She was the second youngest of 11 siblings — six brothers, five sisters — many of whom were decades older than her.

She recently documented her story of growing up in New London with such a large family in “Families of Love and Hate.”

The book, which is an easy read with only 24 pages, describes how her family stuck together and even though they had their differences over the years, “we still loved each other.”

Being one of the youngest in the family, many of her older siblings were like second parents to Chambers.

“They were stricter on us than my parents were,” she said.

Chambers, 67, describes each of her siblings, though she does not explicitly mention them by name.

“Because everybody that’s in New London that knows me and my family could probably pick up on every person I was talking about,” she said.

She originally started writing the book in 2016, but temporarily stopped because she had family members who were sick. Eventually “the spirit told me to pick it back up and finish it,” she said.

Most of Chambers’ brothers and sisters have now passed away. Her oldest sister, Addie Pickett, who was also the oldest sibling in the family, died at the age of 87 in March. She spent many years living with Chambers before moving to a nursing home.

Out of her 10 siblings, she only has two older brothers who are still alive — Roy Owens, who lives in New London, and Gary, who lives in Winston-Salem.

“They have called me more now than they ever have I guess because I’m the only sister left,” Chambers said.

The book, Chambers said, was a way to connect with deceased family members and reconnect and share memories with those who have since passed. She emphasizes the importance of people connecting with their family members — especially ones that are older — before it becomes too late.

Like all families, she and her sibling had arguments and fights, but they looked out for each other when they left the house.

She hopes the book — and her anecdotes about her own brothers and sisters — will encourage people, who might be angry towards their siblings or haven’t seen them in a while to reach out and reconnect.

“The author wrote this book in prayer that when people are going through so much hate for their brother, sisters or someone they may even know, to encourage them that they should let go of all of the anger and hate that they have in their heart for people,” she wrote in the book’s foreword.

Chamber’s said she has always received positive feedback with people telling her the book made them “search themselves as to how they were treating their family members.” She estimates she’s already sold around 200 copies of her book.

She is currently writing another book about each of her siblings and her parents, including key biographical details.

“That way that book could be passed down to the next generation,” she said.

Chambers is a retired administrator at Carebridge Assisted Living Community in Mount Pleasant and has been writing news about New London for the The Stanly News & Press for around 45 years. She and her husband Kenneth have been married 40 years. They have three children, four grandchildren and three great-grandchildren.

People can purchase Chambers’ book on eBay or Amazon.