Inmate at Albemarle Correctional Institution has died from COVID-19 complications 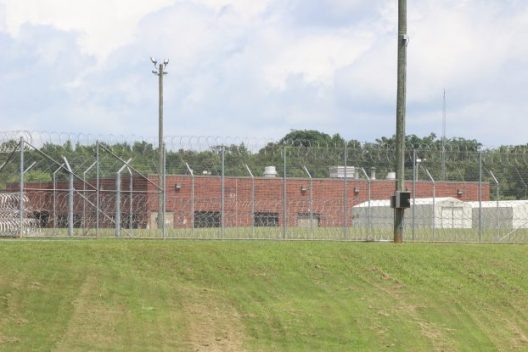 An inmate at Albemarle Correctional Institution who tested positive for the coronavirus died at the hospital Tuesday as a result of underlying health conditions complicated by the virus, according to John Bull, spokesman for the state’s Department of Public Safety.

“His death is a tragedy, and we are continuing to work hard to handle the impact of COVID-19 in our prisons,” said Todd Ishee, Commissioner of Prisons. “The health and safety of the staff and the offenders in our custody remains our top priority.”

The offender was hospitalized on July 8. He was tested for COVID-19 and the positive results were received July 11. His condition worsened, and the offender died at the hospital July 14.

Bull said the inmate was a male in his late 50s. Given his family’s right to privacy and the confidentiality of prison offender records, Bull said DPS will not further identify the individual.

This is the first confirmed death of an inmate at ACI due to the virus.

As of Friday, of the 773 inmates at ACI who have been tested, 100 of them, or roughly 13 percent, have contracted the virus, according to offender-related data, which is updated daily on the DPS website.

Bull said at least 17 staff members have also tested positive, though most have returned to work.

A total of 1,059 inmates in state prisons across North Carolina have tested positive while six have died.

Stanly has more than 620 confirmed cases along with eight deaths.