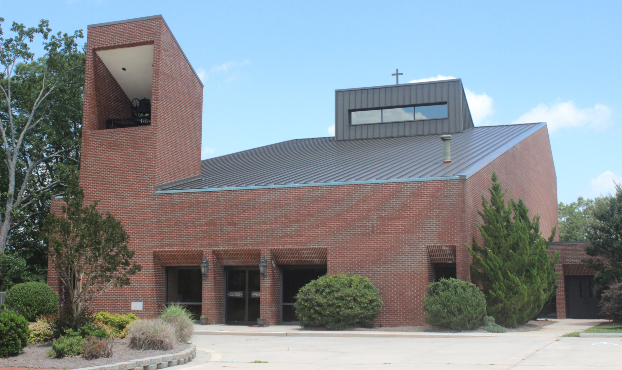 The history of a church in Stanly County predates the formation of the county.

June 7 would have been the exact day of the 200th birthday celebration for St. Martin’s Lutheran Church on St. Martin’s Road in the western end of Stanly.

Sara Cox, co-chairperson of the church’s birthday celebration, said events had been scheduled for June 7 and the entire year but were cancelled due to the COVID-19 pandemic.

Plans for the Crumley Archive in Columbia, S.C. to share information with the church on what life was like for the early church had to be postponed.

Homecoming on Aug. 23 was also cancelled since the church has not gone back to indoor gatherings yet. Sermons from guest preachers, from the bishop of the North Carolina synod to former St. Martin’s ministers, were also cancelled.

The church has existed for so many years, Cox said, because of the family ties which run deep.

St. Martin’s Lutheran Church dates back to German settlers who came into the area in the 18th century, mostly farmers.

Among those settlers was Johan Georg Ehrenfried, whose last name was later changed to Efird. The family settled in 1773 near Easton, Pa., but one of Johan’s sons, Jacob, made the decision 10 years later to move south.

Jacob traveled by wagon down the Yadkin River trading path and settled along Adams Creek in what is now Cabarrus County. His father, mother and two siblings also moved south around 1790.

In 1806, Jacob moved to where is now Stanly and received a land grant in 1816 from the state for 200 acres near Long and Little Bear creeks.

The first congregation of St. Martin’s Church conducted services in Jacob’s home without a regular minister although some traveling preachers participated in worship services.

The date officially accepted by the congregation of St. Martin’s as the first organization is June 7, 1820, according to official records.

For more than 40 years, the church relied on traveling pastors or pastors in training. The first regular pastor was Rev. Timothy Moser in 1865.

St. Martin’s became part of the The North Carolina Synod of the Evangelical Lutheran Church in America in 1902.

Different buildings were used for the following years until a new brick church was built with completion Oct. 1, 1909. The building was used until 1969.

The current chapel was developed first as an educational building in 1949 and connected to the old church with a hallway.

Cox, who has been a member of St. Martin’s since 1967, said when she began attending church nearly half of the congregation were related to the Efird family.

“It changed a lot by now, but we still have a lot of Efird family in the church,” Cox said.

Not only family ties but the whole church is like a family, she added, saying members are “friendly, cordial and support each other in bad times and good.”

From American Red Cross blood drives to donating money to the Esther House, a shelter for survivors of domestic violence, sexual assault and human trafficking, the church continues to be active.

St. Martin’s Church also does backpacks for the community as well as participates with the Community Table and sponsors a food truck in conjunction with Pine Grove United Methodist Church.

Celebrations for the 200th birthday of the church will take place next year, Cox said.