As coronavirus cases continues to rise across the county, so too has the unemployment rate, according to county-specific data from the state’s Department of Commerce.

For May, the latest numbers released, Stanly County had 3,133 people who were unemployed, which translates to a 10.4 percent unemployment rate. A total of 30,237 people were employed. The May rate was slightly higher than in April (9.9 percent) and significantly higher than in March (4.3 percent). The unemployment rate increased by roughly seven points compared to last May, when the rate was 3.7.

The number of people in the county unemployed has also ballooned since March, when only 1,279 people were without work. A total of 344 people in Stanly have been temporarily laid off this year due to the virus, according to the state’s current Worker Adjustment and Retraining Notification report.

“I believe the unemployment landscape will continue to shift with rises and downturns reflective of state mandates and the number of local cases of COVID-19,” said EDC Director Candice Lowder. “An increasing number of positive cases, percent positives for tests, and hospitalizations will no doubt affect the way consumers spend and will therefore have an effect on unemployment.” 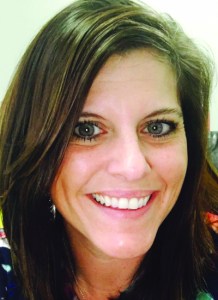 The county’s May unemployment rate matched up favorably against the rest of the state, ranking 29th out of the 100 counties. Stanly compared favorably to several larger, urban counties (Mecklenburg was 13.6, Cabarrus 12.5, Rowan 14.8 and Davidson 12.1) while posting similar rates to those of nearby rural counties (Montgomery was 10.0 and Anson 10.1).

The state’s unemployment rate remained steady at 12.9 percent for the second month in a row — it was 4.3 percent in March — but was still substantially higher than last May, when it was 4.0 percent. The number of workers employed statewide, not seasonally adjusted, increased in May by 126,694 for a total of 4,224,833, while those unemployed increased by 31,903 for a total of 617,073.

The federal employment rate dropped to 13.3 percent from 14.7 percent — which was the highest level since the Great Depression in the early 1930s — and the economy gained 2.5 million jobs, the first time it has added jobs since February, according to the U.S. Bureau of Labor Statistics.

While the unemployment rate increased in May, the number of people who have filed initial claims decreased compared to past months. Stanly had 694 people file for unemployment in May, down from the 1,779 who filed in April and 1,416 who filed in March.

Of the total numbers of initial claims that were filed, men accounted for 562 of them. For some reason there is no available data for females. Of those filing for unemployment, 688 were white, 168 were black, 192 were of another race and 67 were labeled as “race unknown.” Within the numbers, 36 people were Hispanic.

The three industries most impacted by the pandemic in March were manufacturing (321 claims), unclassified or unknown (243 claims) and trade, transportation and utilities (120 claims). The data represents a stark shift in the ongoing evolution of those most impacted by the coronavirus.Since March, the top industries impacted were educational and health services and leisure and hospitality.

“Most analysts agree the recovery will extend well into 2021, and businesses, organizations, and governments should modify their services, staffing, growth plans and budgets to prepare for a slow, yet steady recovery,” Lowder said. “The best and fastest way to a full economic recovery is for all citizens to follow safety guidelines set forth by our leadership that aims to protect all citizens while balancing individual liberty.”