Albemarle Police officers have arrested individuals in connection with a shooting Sunday night.

Officers were called to the area of Arey Avenue and Lundix Street at 10 p.m. in reference to an unconscious person.

The victim that was located on the scene had suffered a gunshot wound.

A short time later, 911 communications advised of another victim that arrived at Atrium Health Stanly with gunshot wounds. Detectives responded to the scene to investigate the incident.

Upon investigation, detectives were able to issue warrants for the arrest of Jimmy J. Parker, 21, for attempted first degree murder, assault with a deadly weapon with the intent to kill inflicting serious injury, discharging a firearm in the city limits, possession of a firearm by a felon and two counts of felony conspiracy. 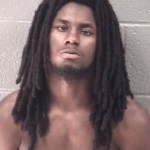 Parker was arrested by officers on July 27 for additional charges of possession of a firearm by a felon, felony probation violation and carrying a concealed weapon.

Parker received a $2.5 million secured bond for his release from the incident on July 26. His first scheduled court date is Aug. 5 at 9 a.m.

Additional warrants were issued by investigators from the incidents on July 26 and July 21. These suspects currently have warrants for their arrest and are considered armed and dangerous, police said. Citizens are asked to call their local agency or contact 911. 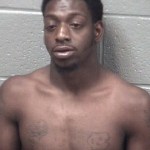 Demecus R. Hooker Jr., 22, is wanted for three counts of felony conspiracy, assault with a deadly weapon with the Intent to kill inflicting serious injury, discharging a firearm within city limits and attempted first-degree murder.

Makari K. Ridenhour, 19, is wanted for discharging a weapon into an occupied dwelling, possession of a firearm by a felon, felony conspiracy, discharging a firearm inside city limits and injury to real property. 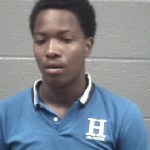 Anyone with additional information regarding these incidents or the locations of the wanted individuals is asked to contact the Albemarle Police Department at 704-984-9500 or leave an anonymous tip on the Tip Line at 704-984-9511.