A single vehicle accident that occurred late Thursday night near the Albemarle city limits resulted in the death of a 39-year-old man, according to the State Highway Patrol. 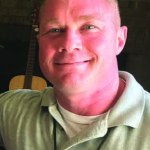 Brinson, who Phillips said was not wearing a seat belt, was ejected and was pronounced dead on the scene when authorities arrived. He was the only person in the car.

Phillips said the accident is still under investigation and could not comment about whether alcohol or drugs played a factor. He did say that Brinson was speeding at the time of the accident.

Brinson worked for the Bridge to Recovery, a faith-based addiction resource center, as the facility director at its the Oakboro transitional house. He’s been with the organization since 2019.

Brinson, a former addict who was since sober, told The Stanly News & Press a few months ago that BTR “has meant everything to me because once I finally found a different path in my life, I immediately knew what a great need there was for people who are still struggling.”

180 Restoration and Recovery, a Christ-based addiction ministry in the county, posted on its Facebook page a tribute to Brinson.

“Steven Brinson was not only a friend to so many people but he was a mentor in Christ,” the organization wrote. “He leaves behind many men that love him and that would not know Jesus, sobriety, or that freedom from addiction was truly possible if it wasn’t for him. We are all human and have our shortcomings, but Jesus said ‘let him without sin throw the first stone’ and my brother Steven was a good man. He was saved by the blood of Christ and I know he is in Heaven now hard at work for the Kingdom. You will be missed my friend, but never forgotten.”