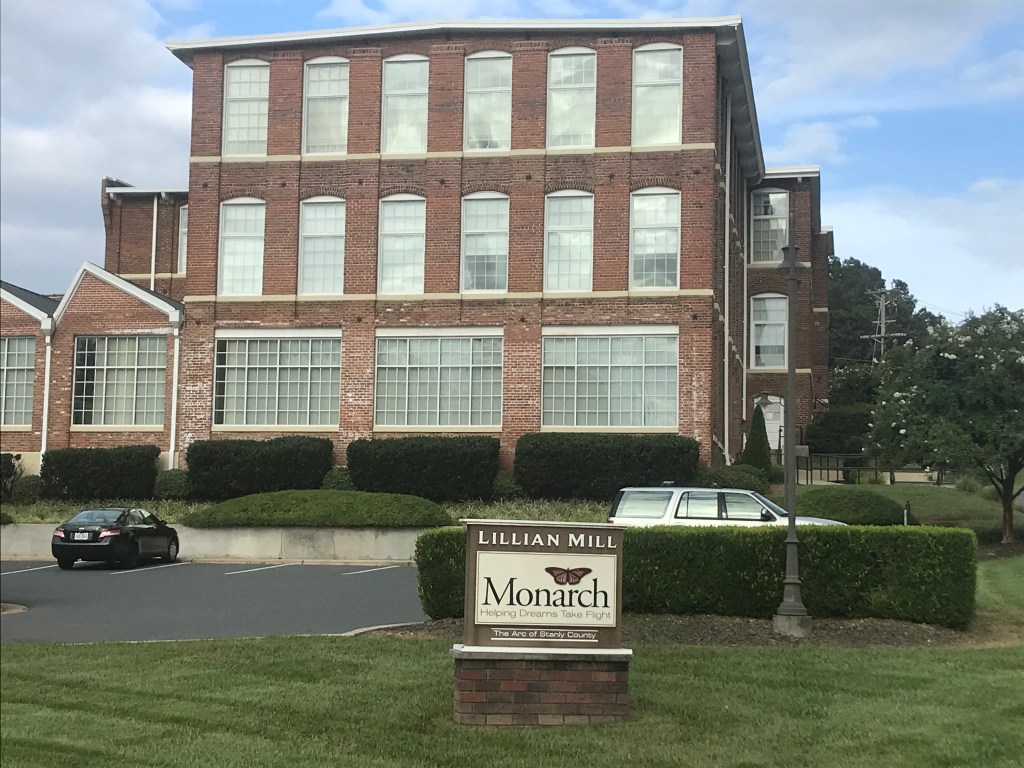 Monarch is headquartered in Albemarle.

The last week of July marked the 30th anniversary of the Americans with Disabilities Act.

Signed by President George H.W. Bush on July 26, 1990, the ADA affords similar protections against discrimination to Americans with disabilities as the Civil Rights Act of 1964, which made discrimination based on race, religion, sex, national origin, and other characteristics illegal.

In a statement about the anniversary, GHA Autism Supports CEO Dawn Allen said that the ADA “was a crucial step in extending basic civil rights to individuals of all abilities.”

“The ADA has increased access to employment, transportation and public services to individuals with disabilities,” she added. “As a result, the individuals we support are empowered to fully participate in society and make their own unique contributions to their communities. We credit the ADA activists with making our country more inclusive of all people.”

Monarch CEO and President Dr. Peggy Terhune said the legislation “made so many changes in so many positive ways.”

Though some of the most well-known and significant effects of the legislation included retrofitting buildings with ramps to provide easy access for people who use wheelchairs and establishing disabled parking that cohere with specific guidelines, the legislation helped increase access and opportunity for people with all kinds of disabilities.

Other common changes that occurred around the country, and in Stanly County, due to the ADA include widening and expanding bathrooms to accommodate wheelchairs, creating automatic doors, establishing sidewalk ramps or curb cuts and making schools wheelchair-accessible.

“Many businesses are accessible and that’s been the biggest win, is that people with disabilities can now access all the services that the rest of us can access and could always access,” Terhune said.

She said SCUSA was established around the same time as the legislation and has provided key transportation needs for all residents of the county, but especially those with disabilities.

From ADA-accessible playgrounds to the creation of specialized amphibious wheelchairs that can traverse sand and enter the water, Terhune said the ADA in many ways gave the country the opportunity to be more creative about finding ways to make everyday life more accessible for people with disabilities.

And though they made not be aware, Terhune said most people likely know someone who suffers from a disability, whether it be physical (uses a wheelchair or a walker) or mental (depression, schizophrenia, bipolar disorder). She said that roughly one in five people will develop a serious mental illness in their lifetime.

The importance of language

One impact of the ADA has been the acknowledgement that people are much more than their disability. When talking about people with disabilities, Terhune said it’s best to use language that emphasizes and puts people first — also known as people-centered language. Utilizing this language emphasizes the person first rather than the disability.

“A disability certainly does shape you, but you’re also a person first,” Terhune said.

Instead of referring to someone as a “wheelchair person,” for instance, the proper language would be a “person who uses a wheelchair.” “They’re not the wheelchair first, they’re the person first and the wheelchair isn’t glued to them, they use it,” Terhune said.

Even though the term “handicap” is one that is frequently used when describing people with disabilities, Terhune said it’s actually a derogatory term that originally referred to beggars (“cap in hand”). As opposed to using the term to describe someone, the correct usage would be a “person with a disability” or a “person who uses a walker,” Terhune said.

Using appropriate language is especially important when talking about people suffering from mental illness or depression.

Instead of saying someone “committed suicide,” which can imply a criminal offense, it’s appropriate to say someone was “lost” or “died” by suicide or chose to “end their life.” People feel less inclined to talk and open up about their problems when the wrong language is used, Terhune said.

Gaps in the criminal justice system

Terhune said a few counties across the state have mental health courts that divert mentally ill offenders away from the criminal justice system and into court-mandated, community-based treatment programs. These courts allow the state mental health system to “provide repeat adult offenders who need mental health services with treatment and other mental health services aimed at improving their ability to function in the community, thereby reducing recidivism and easing the workload of the court,” according to the state’s Judicial Branch website. These courts are operational in only seven counties, though, and Stanly is not one of them.

When spending too much time alone, “not only can you develop severe depression, but you can actually develop psychosis, where you don’t know what’s real and what’s not real,” Terhune said.

While the country still has long way to go in ensuring that the rights of people with disabilities are fully protected, Terhune said the enduring legacy of the ADA is that it awakened much of the country to a significant portion of the population that were too often minimized and deemed less important than their able-bodied counterparts.