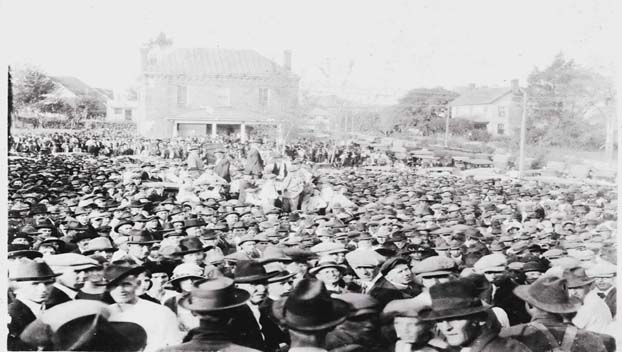 PEEKING INTO THE PAST: A crowd gathers

The reason the crowd in this photo was in front of the old jail, that once stood where the main library in Albemarle is today, has been a mystery. I can’t say with absolute certainty that the mystery has been solved, but the following story might explain it.

From mid-September through mid-October 1923, more than 100 merchants in Albemarle participated in the Autumn Trade Festival. During this event, the businesses ran promotions that encouraged people to buy locally.

According to the Oct. 16 edition of the Stanly News-Herald, “The drawing for the Ford automobile took place at 4 o’clock, on the vacant lot opposite the jail, and never before in the county has such a crowd been seen packed and jammed in one space.”

If you think I am hiding from COVID-19, you are wrong. Yes, I am staying indoors, but it is not... read more