SCC ranked nationally as a top three community college for 2020

Stanly Community College was recently ranked as one of the best community colleges and trade schools of 2020, according to Best Colleges, a leading provider of independent college rankings and higher education research.

SCC ranked third in the nation out of a definitive list of 50 public two-year colleges with the highest graduation rates and transfer rates behind only Southwestern Community College in Sylva and Northwest Iowa Community College, in Sheldon, Iowa. 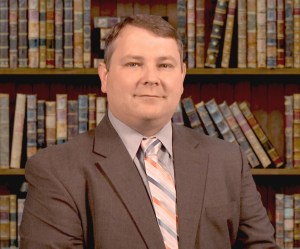 Best Colleges uses data from the National Center for Education Statistics, College Scorecard, Student Achievement Measure, Bureau of Labor Statistics and Council for Higher Education Accreditation, among other resources, to compile data for its rankings.

Community colleges and trade schools across the nation are all measured by the same data sets. Colleges are evaluated based on three categories: Academics and Learner Support, Affordability and Online Programming.

Best Colleges says that since 2015, SCC’s institution-wide graduation rates have increased by more than 266 percent; its current graduation rate is 48 percent.

“I like to say that the community college here in Stanly County is a hidden gem,” Enamait said, adding that though many people are aware of the college, “they really don’t understand what a phenomenal institution Stanly Community College is.”

Last year, Stanly Community College was ranked as the 11th best online community college in the nation, according to the SR Education Group, a leading education research publisher out of Washington State.

SCC plans to bring students back to campus this fall with new guidelines and safety measures put into place to prevent the spread of the coronavirus. Fall registration is open and classes start Monday.