PEEKING INTO THE PAST: The 1886 Earthquake 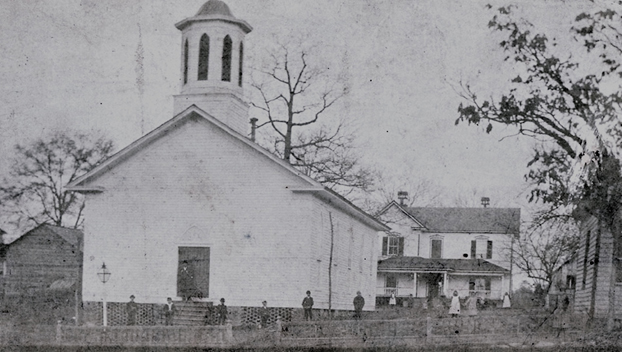 No photos from 1886 were available from the Stanly County History Center to illustrate the earthquake of 1886 and its impact on Stanly County. This image is of the old Central United Methodist Church in Albemarle.

Nearly 134 years ago, during late August of 1886, what is frequently considered the most powerful earthquake to have happened on the East Coast of the United States struck Charleston, S.C.

Estimated to have been 6.9 to 7.3 on the Richter Scale, the quake destroyed much of the city of Charleston and was felt as far away as Boston in the northeast and cities along the Mississippi River.

By some accounts of the time, people thought the cause of the earthquake was Florida sliding away from the mainland and into the sea.

A more local account of the earthquake was found in the Sept. 11, 1886 Wadesboro Intelligencer. It said, “The excitement in Stanly County over the earthquake is immense, and many a sinner who has long resisted the wrestlings of the Spirit, is seeking refuge in religion. Many firmly believe the day of judgement is at hand.”

Enter your email address below to receive daily headlines from The Stanly News & Press in your inbox.