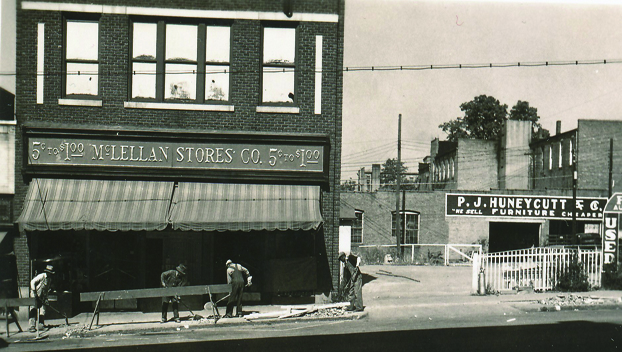 PEEKING INTO THE PAST: McLellan Stores

In October 1950, the company purchased the empty lot next door from local businessman J.A. Groves. A new, much larger building was constructed, and the business opened in their “new” home on Feb. 9, 1951.

The company went through several mergers over the next 10 to 15 years. According to local phone directories the business stayed in Albemarle until about 1985. The space then sat vacant until the Antique Market was opened in 1995. After this business closed about 2005, the building was again vacant for several years.

It later became the home of a local church known as The Gathering and is currently the home of 4Rivers Consignment Shop.

Enter your email address below to receive daily headlines from The Stanly News & Press in your inbox.

ELECTION DAY: Citizens have many ways to vote

Stanly County Board of Elections Director Kim Blackwelder is making a push to make sure residents know their options on... read more