PEEKING INTO THE PAST: Temon Dennis has a Coke 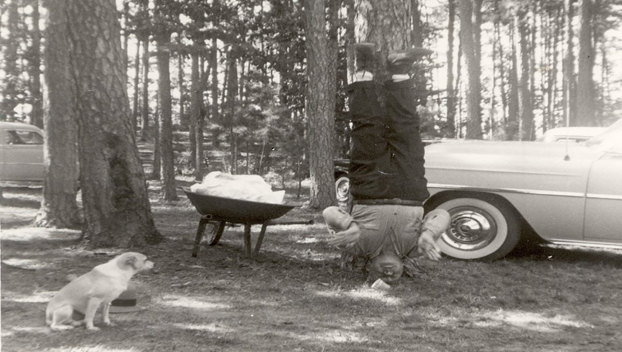 Temon Dennis, who exhibited his talents at ball games, is shown here at a Dennis family reunion.

According to local historian Les Young, even though they did not win often, they still had a lot of fans who attended the games.

There was one particular fan who became well known for his very unique “talent.” Temon Dennis lived in the Anderson Grove Church community near the stadium, and he was at many of the games.

About the fifth inning or so, someone in the bleachers would call out, “Temon, are you thirsty yet?” and Dennis would be handed a Coca-Cola. He would then head down to the fence at the front of the bleachers, stand on his head and then drink the entire bottle of Coke. All of the fans would applaud!

Unfortunately, a picture of Temon Dennis at one of the ballgames has not been found, but the History Center archives does have this photo of him at a Dennis family reunion