Abby Hoffman has been a student for a large portion of her adult life — and much of that time has been spent analyzing health policy and how people can best obtain quality healthcare.

The Albemarle native, who went to Albemarle High for two years before transferring to the N.C. School of Science and Mathematics, is a PhD candidate at the department of Health Policy and Management at UNC Chapel Hill’s Gillings School of Global Public Health. 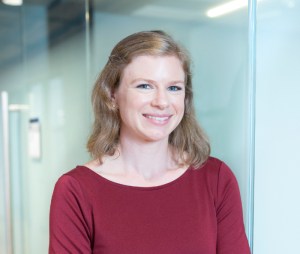 Albemarle native Abby Hoffman is currently a PhD candidate working on her dissertation at UNC while also working as a pre-doctoral research fellow at Duke.

Her dissertation work analyzes the impact of payment reform, especially Medicare changes, on the skilled nursing facility market. She is using publicly available data on nursing homes across the country to help complete her work.

At the same time she is pursuing her PhD, Hoffman, 31, is a pre-doctoral research fellow at Duke University’s Department of Population Health Sciences, where she is working on a project about changes in dialysis payment. She was the lead author for an article analyzing Medicare enrollment among patients with end-stage kidney disease receiving dialysis that was published a few months ago in the Journal of the American Medical Association.

And her work has attracted admirers back in Stanly.

“It’s very exciting to see a young lady who grew up here make such a mark in public health — especially in something that is as important to Stanly County as Medicare,” said local physician Jenny Hinson. “I hope she will inspire our young girls to aim high, knowing that if someone who grew up here can publish in one the world’s most prestigious medical journals, they can, too. We need more bright, forward thinking women like her in public health.”

Though she enjoys research and analyzing complex data sets, that wasn’t always the case. She said growing up, she preferred reading and language arts to math, but as she got more into her research career, “I got a lot more interested in what we can learn from numbers and data.”

“I have a career in research now, which I really like, but I didn’t really know that that was a job you could have when I was younger,” she said.

After graduating from NCSSM, where she spent time interning with the Autism Society at UNC, which peaked her interest in social science research, Hoffman went back to the university as an undergrad to pursue a degree in biology. Though she had ideas about becoming a doctor, “I quickly learned that the hard sciences were not a great fit for me,” she said. She switched to public policy because she wanted to think about healthcare from a “different perspective.”

With the Affordable Care Act having been signed into law in 2010, Hoffman was interested in studying health care policy. So in 2012 she and her husband moved to Washington, D.C., where she took a job as a research associate at L&M Policy Research.

According to its website, L&M is “dedicated to providing high-quality research to assist government and private organizations in improving health care across the United States.”

Much of her focus while at the research firm dealt with policies related to Medicare, the federal health insurance program for people 65 years and older, certain younger people with disabilities and people with End-Stage Renal Disease who require dialysis. Though she initially was involved with completing literature reviews and note taking, as she spent more time at L&M she eventually got to conduct interviews with doctors, hospital executives and patients across the country.

She was especially interested in Medicare Accountable Care Organizations, which are groups of doctors, hospitals and other health care providers who come together voluntarily to give coordinated high-quality care to their Medicare patients.

The dynamic nature of the healthcare system was something that appealed to Hoffman.

“Health care policy and Medicare payment policy is changing all the time,” she said. “It impacts almost everything.”

She also likes tackling the big, complicated questions related to healthcare policy and breaking them down “into something answerable to try to figure out how we can improve healthcare for everyone.”

Hoffman left D.C. in 2016 and moved back to North Carolina, where she worked as a research assistant in the North Carolina Rural Health Research Center at UNC’s Cecil G. Sheps Center for Health Services Research. Hoffman said growing up in Stanly County definitely influenced her decision to enter the program.

While at the Sheps Center, she was involved in several projects, including comparing mortality rates between urban and rural areas across the country. She found that while mortality is decreasing across the board, it’s decreasing more slowly in rural areas. Her work has been featured in the The Journal of Rural Health and Healthcare.

Although Duke is providing funding for her fellowship and she is living in Durham (and has an office at the university), she remains a loyal Tar Heel.

“I would never go for Duke basketball,” she said.

And she’s been quite fortunate as a fan. During both her undergrad years and her time on campus as a PhD student, Carolina has captured two NCAA men’s basketball national championships.

Thanks to COVID-19, Hoffman, like many people, is working from home.

She hopes to finish her dissertation sometime in December. After school, Hoffman would like to either work for a contractor or a hospital system, figuring out payments.

When asked how COVID-19 will affect the healthcare industry, she said she was not sure, before adding: “Ultimately, everyone is going to have to deal with the aftermath.”