ELECTION 2020: After 30 years with APD, Morgan runs for city council

After a lengthy career in law enforcement, Albemarle native Tim “TJ” Morgan is running for office for the first time, as he’s seeking an at-large seat on the Albemarle City Council.

There are four other candidates running for two seats: Incumbents Martha Sue Hall and Dr. Chris Bramlett, along with challengers Benton Dry and Matt Tracy.

Morgan has been retired since 2016 after having served 30 years with the Albemarle Police Department, where he rose to the position of road patrol sergeant. While the ins and outs of city government is nothing new to him, running for elected office is an entirely different animal.

“It’s totally new to me so I have a lot to learn, especially if I get elected,” Morgan said.

But one of his goals after he retired was to become a city council member because he wants to continue to serve the public.

“I want to do good things for Albemarle and serve the people which is something I’ve done all my life,” Morgan said. 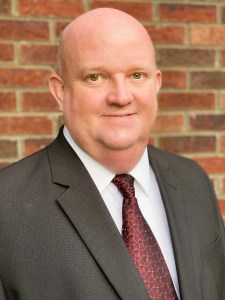 Retired Albemarle Police Officer Tim “TJ” Morgan has his eyes set on elected office as he’s running for a seat on the Albemarle City Council.

Some of his priorities, if elected, include improving the streets and bringing more jobs to the city and getting people back to work who are struggling right now because of the coronavirus pandemic.

As someone who has spent three decades getting to know the public as a police officer, Morgan said he already has an entrenched public relationship with the community and he thinks that would serve him well if he were to become a city council member.

“Serving the 30 and a half years that I’ve served, I’ve met a lot of people out here,” Morgan said. “I’ve always treated people the way they would let me treat them and I always had a mindset of ‘I’m going to treat people out here like I would want to be treated as a police officer.’ ”

If elected, Morgan would focus on continuing to foster positive relationships with the community and he would make sure the needs of the various departments within the city are being met.

He’s married to his wife Catherine and while he doesn’t have any children, he does have plenty of nieces and nephews. In his free time, he enjoys fishing on Badin Lake.