After initially getting elected to an at-large seat on the Albemarle City Council in 2015, Dr. Chris Bramlett is running to seek a second term in the fall.

Bramlett, 81, who works at Starnes Jewelers and is a Trustee Emeritus of Pfeiffer University and vice chairman of the Board of Trustees of Stanly Community College, has lived in Stanly County since 1981. He previously held faculty positions at both the University of Alabama and East Tennessee State University.

The Wake Forest and University of Virginia graduate, who received a bachelor’s, master’s and Ph.D. in chemistry and is a certified gemologist, decided to run again because he wants to be as involved as possible with transforming Albemarle into what he has often referred to as “an academic village” with the addition of Pfeiffer University’s Center for Health Sciences facility. He compares his vision of Albemarle as a town-and-gown community with the situation at Davidson College. Bramlett said that during his last five years on the council, he’s most proud about helping to bring the facility to downtown. He said students in the Physician Assistant program will transition from the Misenheimer campus to the downtown facility in September.

“I’d like to see it change from a textile town that has lost most of its textiles to make that transition to the academic village,” he said, adding that additional parking, restaurants, shopping and housing will be needed to satisfy the students’ needs. 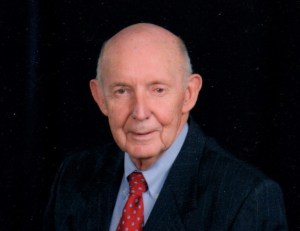 Chris Bramlett is running for a second term as Albemarle Councilman.

He’s also proud about working to bring high-speed internet to many pockets of the city, though he would still like to see every part of Albemarle and the county ultimately have reliable access. He hopes the combination of the new Pfeiffer facility and reliable internet will help attract high-tech industries to move to the city.

Bramlett also wants to see increased high-level job opportunities for citizens and wants to see the city continue to grow.

He hopes the Pfeiffer facility will be a launching point to help transform Albemarle into a rural haven that will attract health care professionals from various fields around the state.

“I want Pfeiffer to expand into other healthcare areas and I’d like to be here and on council and help with that expansion,” Bramlett said, adding that in order to achieve this expansion, “we need very fine educational opportunities at all levels through our elementary, middle and high schools.”