After having spent a few years out of elected office, Benton Dry is once again running for a seat on the Albemarle City Council as an at-large candidate.

There are four other candidates running for two seats: Incumbents Dr. Chris Bramlett and Martha Sue Hall along with challengers Matt Tracy and Tim “TJ” Morgan.

Dry previously served on the council from 2013 until 2018, when he lost a close reelection race to Councilwoman Shirley Lowder.

“I enjoyed every minute serving on the Albemarle City Council,” Dry said. “How many times in one’s life can you truly have the opportunity to give back in a such a way to serve your community?

During his time with the council, he said he always viewed himself more as a public servant than strictly as a politician. 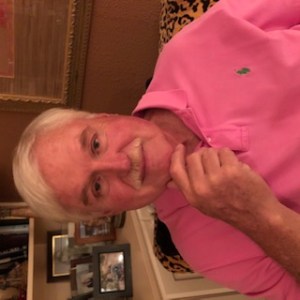 Born and raised in the city, Dry graduated from Albemarle High School before attending High Point College, where he received degrees in political science and history.

After spending more than a decade working for Field Enterprises Educational Corporation, The Gillette Company and Black and Decker, he returned to the city in 1988 to work with his brother Mark in the the family business — Dun-Rite Cleaners, Dun-Rite Carpet Care and Dun-Rite Restoration. He’s a past president of the United Way and Albemarle Optimist Club and is currently a member of the Historical Resources Commission for the City of Albemarle.

Dry said he always knew he wanted to run for office again because “I have to finish what my other council members and I committed to do for our city” which was to “take a progressive approach to grow our city and to provide our citizens with a safe and viable place to call home.”

In addition to his previous years on the council, Dry said that his experience running a small business has helped prepare him for elected office.

“Our city is a business enterprise and therefore has to be run as such,” he said. “I will use my business experience to make sound and rational decisions that will benefit all.”

The issues that matter most to Dry are the development of the Albemarle Business Center, the revitalization of the downtown and continuing to foster a positive relationship between the city and Pfeiffer University, especially in regards to the college’s new Health Science Center.

“I pledge to you that I will work diligently and responsibly to help make Albemarle a better place to live and work,” he said.

Dry is married to Cindy and they have four children and six grandchildren.