PEEKING INTO THE PAST – River View Milling Company 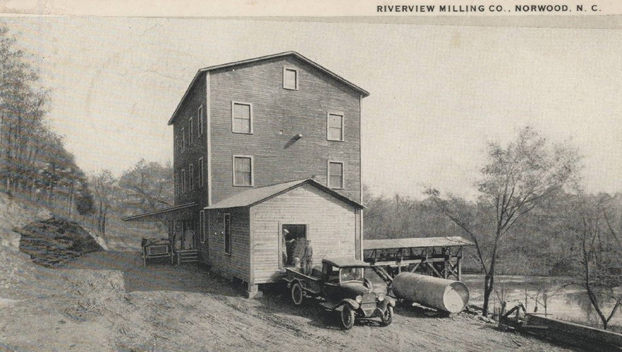 More recently, the roller mill known as the River View Milling Company, seen in today's picture, was incorporated in 1913.

According to local tradition, a mill has been located along the Rocky River, south of Norwood, for more than 250 years.

First a corn mill and later a burr mill for grinding whole wheat flour, the mills on the site, known as Lowder’s Mill, are believed to go back to at least 1763.

More recently, the roller mill known as the River View Milling Company, seen in today’s picture, was incorporated in 1913.

This mill was later damaged in a huge flood during 1945. At that time, the dam was washed away, and the mill was converted to electricity.

The mill was an important part of the community and was a landmark in the area for many years.