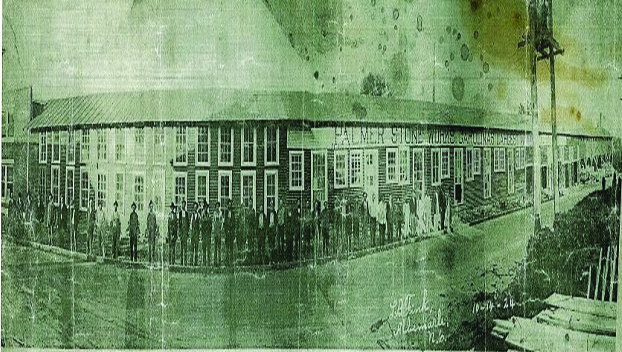 In recognition of Labor Day, here is a photo of workers from Palmer Stone Works.

PEEKING INTO THE PAST – Labor Day

According to the United State Department of Labor, the Labor Day holiday is “dedicated to the social and economic achievements of American workers”… and is a “tribute to the contributions workers have made” to our country.

The origins of the Labor Day holiday can be traced to the early 1880s. The first Labor Day celebration took place on September 5, 1882, in New York City. Oregon was the first state to declare it a statewide holiday when legislation was passed on Feb. 21, 1887.

On June 28, 1894, the United States Congress passed, and then President Grover Cleveland signed, the legislation to make it an official national holiday. This law established the holiday on the first Monday of September.

Today’s photo, of the workers of Palmer Stone Works, was chosen to represent the thousands of workers in the many Stanly County mills who contributed to the growth and success of our communities.

PEEKING INTO THE PAST – River View Milling Company

According to local tradition, a mill has been located along the Rocky River, south of Norwood, for more than 250... read more