PEEKING INTO THE PAST – Badin Dairy 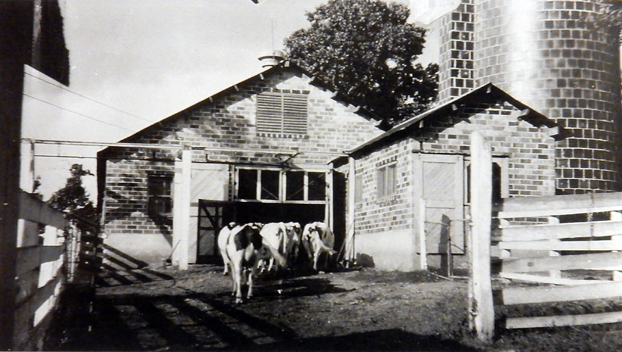 According to the Badin Historic Museum, one of the early challenges when Badin was first being established was how to obtain fresh milk.

In 1917, the Tallassee Power Company, after purchasing a small herd of Jersey cows, opened a farm on property they owned in Gold Hill. The farm was quickly expanded, but unfortunately it all burned in 1919.

The company recognized the need to move the dairy closer to Badin, so they purchased a farm, along the road to New London, just a few miles from town. Holstein cows were purchased to increase production. Over the next few years, the farm grew as equipment was improved and new buildings were added.

During the late 1920s there was a large increase in dairy production throughout Stanly County. The milk supply in the area eventually outgrew demand.

During the early 1930s the dairy was seen as unnecessary and the entire herd of cows was sold in 1934.