ELECTION 2020: Necaise running for Richfield commissioner to make a difference in community

Wanting to make a difference in her community, Christy Necaise decided to seek political office for the first time this year, as she is running for a spot on the Richfield Board of Commissioners.

She is running against incumbents the late Terry Almond and Jay Patel and challengers Scott Bradley and Barry Byrd.

Necaise, who has worked at Fiberon in New London for almost 20 years, wants to be a proactive resident of the town, saying that too often “people don’t speak up and do what is right and I want to be honest and stand up for our community.” 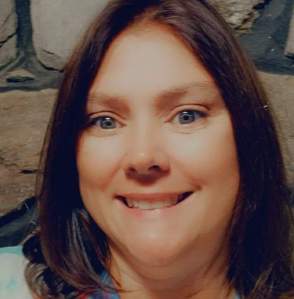 Christy Necaise is running for Richfield Board of Commissioners, her first time seeking elected office.

She said with the current slate of town commissioners, “there’s just not enough involvement with the community for us all to know what’s going on.”

Necaise, 42, said that in her opinion she thinks certain commissioners are more concerned with themselves and their own standing than with the community. If elected, she would listen to the citizens and would make decisions based on input from the community.

An issue that is important to her is finding a way to better divert traffic at Richfield Elementary School to help alleviate congestion along U.S. Highway 52. She fears an accident could occur with parents getting back on the highway after picking up their children and colliding with speeding cars.

“There’s so many mishaps that hasn’t happened that we’re lucky it didn’t,” she said.

A plan was discussed last year between NCDOT and the school system to build a two-way road which would loop behind the school, but it hasn’t happened.

“I would be somebody that would stand up for out community and do what needs to be done,” she said.

Originally from New London, Necaise is a graduate from North Stanly High School and took several classes at Stanly Community College. She is married and has a 17-year-old daughter and a 22-year-old daughter.