When Stanly County native Scott Bradley moved to Richfield three years ago, after spending almost a decade living in Washington, he had a few permit and zoning issues he wanted clarification about, including protocols for installing a fence and building on his property.

After finding no helpful resources on the town’s website, Bradley, 49, went to Town Hall seeking more information. Though Town Administrator Carolyn Capps provided as much information as she could, he said it still wasn’t what he was looking for. He tried to talk with Richfield commissioners, but he said they were not readily available. The only commissioner he said he was been able to talk to was Terry Almond.

The lack of accessibility with commissioners helped convince Bradley, who’s retired after 20 years in the Army, to take matters into his own hands. He’s now running for a seat on the town’s board of commissioners.

Bradley is running against incumbent Jay Patel and challengers Barry Byrd and Christy Necaise. The late incumbent Terry Almond’s name remains on the ballot as well. 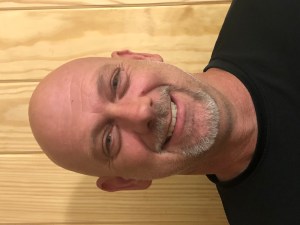 Scott Bradley is running for a seat on the Richfield Board of Commissioners.

“As an elected official, I believe that you need to have your finger on the pulse of what’s going on in the community,” he said.

He believes his experience in the military has prepared him to run for office and to be accountable to the people.

“Through my experience in the military, if you identify something you correct it,” he said. “You don’t leave it for somebody else to do.”

The issues that matter to Bradley are the safety and security of the residents of Richfield. He specifically cited as a concern people speeding along U.S. Highway 52 as they ride through town.

Due to what he considers inadequacies of the town’s website, Bradley said he has to get key information about the town from the website citydata.com.

If elected, Bradley would update the town’s website to make it more accessible, including posting videos from town meetings so people can easily access it. Since he’s retired, he said he also would have time to be accessible to the residents.

“If somebody wants to meet, I will make myself available at least twice a week, one during the weekday and one on the weekend, preferably Saturday,” he said, adding that he would do his best to talk with people when they have issues and bring their concerns up to the broader council during meetings.

He’s married and has three sons and three stepdaughters. Originally from Albemarle, Bradley went to Albemarle High School and received his bachelor’s degree from Evergreen State University and a master’s in education from Concordia University.