After serving the past four years on the Richfield Board of Commissioners, Jay Patel is seeking another term in the upcoming November election.

Patel, 67, who owns both the Garden Inn and Coffee Central, is running against incumbent the late Terry Almond and challengers Scott Bradley, Barry Byrd and Christy Necaise. 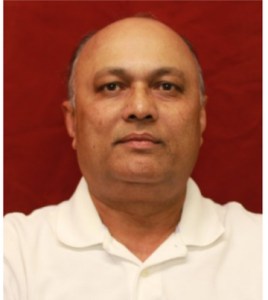 Jay Patel is seeking reelection to the Richfield Board of Commissioners.

Originally from India, Patel moved to the United States thanks to a student exchange program. He first moved to Chicago in the 1970s before moving to Charlotte a few years later. He has lived in Richfield since 1986.

Patel was appointed to the board once former commissioner Terry Deese took over as mayor after the passing of Swinton “Floyd” Wilson in 2016. It was his first time serving in elected office.

Though he’s traveled around the world and the country, he says Richfield is his home.

“My kids were born here and I’m very proud of it,” he said.

He’s proud to serve on the board, where he is in charge of economic development, and views his position as a way to better serve and give back to the community.

He decided to run for reelection because he wants to continue helping the people of Richfield and to make the decisions that are in the best interest of the town.

Patel would like to bring more businesses to the town, including attracting technology companies, “so that our children don’t have to leave,” the town, he said. He said Richfield’s geography, situated between Charlotte and Raleigh, can make it an attractive place for industries.

“It’s been really growing since I’ve been here,” he said.

As a commissioner, he said he’s learned to listen to people and understand what issues matter most to them.

“Everybody has an opinion so you just listen to everybody and see what is good for Richfield,” Patel said.