What makes Stanly Early College (SEC) so great is not just the students and program itself, but also the teachers and the unique approaches they use in the classroom.

Victor Ubaldo, the Spanish I and II teacher, has been at SEC for four years while also teaching a few advanced Spanish classes. 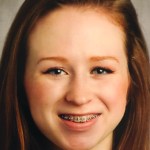 His background with the Spanish language allows him to teach from a different perspective than most Spanish teachers, while also immersing students in the culture of Mexico.

Ubaldo grew up in Mexico, where he obtained his bachelor’s degree in Sociology from the University of Guadalajara and taught high school level courses.

Upon moving to North Carolina years later, he discovered a newfound interest in teaching Spanish as a second language and has been doing so since.

Rather than following basic lessons, Ubaldo works to incorporate cultural knowledge into everyday lessons to give students unique views on presented topics.

However, as all Spanish I and II classes have been moved online, virtual learning has really put a damper on his teaching style, he says.

“Videos and technology are great for creating engaging content, but they will never replace the role and importance a classroom full of students will have,” he said.

Since speaking plays a large role in learning Spanish, Ubaldo has had to try many new forms of teaching such as posting audio tracks, providing video lessons and having students record themselves practicing basic skills.

The new forms of learning do have many benefits, but they will never be able to replace real face to face interactions, he said.

Ubaldo was also glad to share that he misses his classroom full of students and the interactions that went on more than any other aspect, but he respects the decisions that have been made and greatly admires the dedication SEC is putting forth for the benefit of its students.