PEEKING INTO THE PAST: Camp John J. Barnhardt 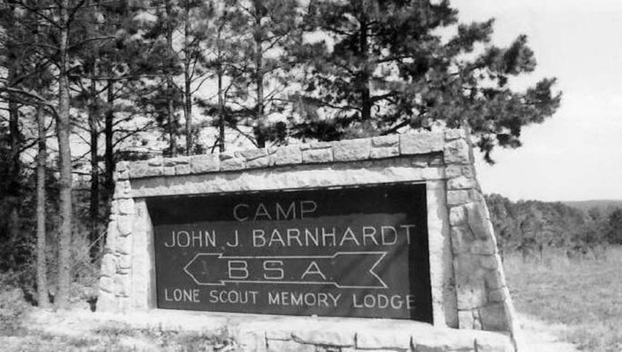 Camp Barnhardt was constructed in 1966.

Camp John J. Barnhardt is a Boy Scout Camp located on Badin Lake between Badin and New London. It is part of the Central North Carolina Council.

The camp was named for John Jacob Barnhardt, a long-time Scout supporter, who was an executive with Cannon Mills in Kannapolis for many years.

Construction of the camp, built on a wilderness reservation, began in January 1966, and was largely completed by June of that year. It was built largely by volunteers and was dedicated on July 17, 1966.

During Camp Barnhardt’s second year of operation, the camp had already hosted more Scouts than were expected by the end of the fifth year.

Since its original construction, many new construction projects have been undertaken as the camp has continued to expand.