‘She was one in a million’: Community mourns the loss of Norwood teacher Julie Davis 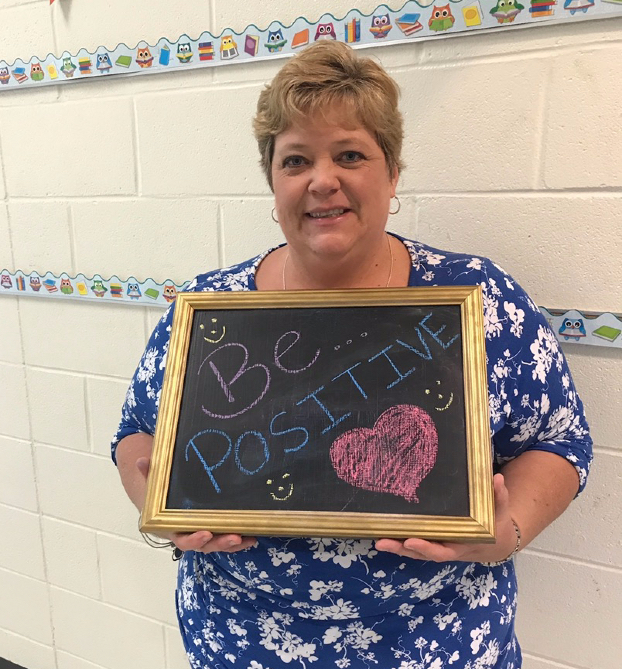 If a person’s time on earth is measured by the people they’ve impacted, then during her 49 years, Julie Davis, who taught third grade at Norwood Elementary, lived a pretty amazing life.

“She’s one of those people that makes you feel like you’re the most special person to her when you’re around her,” said Amy Yarboro, a friend who taught fourth grade alongside Davis at Page Street Elementary School in Troy for more than a decade.

As both Stanly and Montgomery continue to mourn the loss of Davis, who died Sunday after recently contracting COVID-19, many of her friends and fellow teachers remember a joyful, giving and funny person who was beloved by all who had the fortune of knowing her.

Yarboro said that Davis, who was always smiling, was someone who was simply easy to be friends with. She mentioned that Davis always took the time to help mentor new teachers and take them “under her wing.”

“She would make them feel so special and so welcome,” Yarboro said.

As someone who delighted in creating plans for how to best help her friends, students and others she came in contact with, Yarboro said Davis was an irreplaceable figure in the community and an inspiration.

“She made me want to be more and do more,” she said.

Cousin Karen Binns said Davis was “one of the most compassionate people that I’ve ever encountered.”

Common themes were comments about her humor and how she could always make people laugh.

“She had a really quick wit about herself,” said Norwood Elementary curriculum coach Bev Russell.

A native of Mount Gilead, Davis graduated from West Montgomery High School and went to school at Pfeiffer University, where she received a degree in elementary education. She taught at Page Street Elementary for 16 years before transitioning to Norwood Elementary, where she taught for the past two years. She lived in Troy and is survived by her husband Donnie, daughter Leanna, son Nathan and grandson Eli. 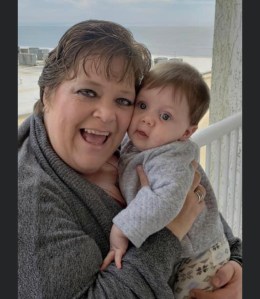 Julie Davis at the beach with her grandson Eli.

She was inspired to become a teacher after the shooting at Columbine High School in 1999. Her friend and fellow teacher Lisa Wood posted on Facebook that when she asked Davis why the shooting influenced her to go into teaching, Davis told her, “if you could help a child, maybe an incident like Columbine would never happen again.”

And during her 18 years in education, she inspired many students. Terrion Brady posted on Facebook that her brother was a student in Davis’ class when their mother died and she went above and beyond her role as a teacher to make sure he was cared for.

“After teaching her students, she would come and visit him every day after she was done teaching…until he returned back to school,” Brady wrote. “That meant so much to him and to the rest of us.”

Brady added: “She was one in a million.”

Binns, who also taught at Page Street, stressed how dedicated Davis was to her students, often making plans for them 365 days a year and working after-hours at home. She mentioned that as early as July, Davis would be thinking about what Christmas gifts to get her students and she regularly kept containers of snacks in her classroom for students who were hungry and didn’t necessarily have access to food at home.

“She was really one of those teachers that was so dedicated to what she did,” said Troy Kryzalka, who was a former teacher at Page Street. “She loved those kids she taught as if they were her own kids.”

Oakboro resident Jeff Branch knew Davis from his time as a D.A.R.E. officer at Page Street. Branch, who was at the school for roughly 15 years, said she was an outgoing person who could always brighten someone else’s day.

“I could be walking down the hallway and she just had that glow about her that made your day even better,” he said.

During his interactions in Davis’ classroom, he could tell her students loved her and that she was meant to be a teacher.

“She’s exactly what every teacher wants to be,” he said, adding that she was someone who could bring out the best in people.

Allison Vanness, who taught third grade with Davis at Page Street, remembers arriving at school one day without her coffee, which she left at home. She told Davis and within about five minutes, Davis came to her classroom with her huge thermos and poured her some coffee. Remembering that Vanness preferred sugar, Davis even took time out of her morning to track down Sweet’N Low for her friend.

The anecdote is just one small example of Davis’ selfless nature.

“She was very caring and everyone else’s needs came before her own,” Vanness said.

Montgomery County Schools issued a statement after her death saying that “throughout her teaching career, Mrs. Davis has touched the lives of so many. Her kind spirit and giving heart made her an inspiration to all.”

Stanly County Schools also issued a statement, saying that “her personality was infectious and she brought joy into the lives of the students, staff, and community.”

Bev Russell had a unique relationship with Davis since she worked with her at both Page Street and Norwood Elementary. While it can take many teachers time to adjust to a new school, Russell said that with Davis’ reputation as an outstanding and caring teacher, she quickly built strong relationships with her fellow teachers, parents and the central office staff.

As she had done while at Page, Davis continued to go the extra mile for her students at Norwood. Russell said she created care packages for each of her third grade students last spring and took the time to visit each of their homes to hand deliver them to her kids.

One of her many gifts, Russell said, was that whenever she was talking with someone, she gave them her full attention and made them feel valued and important.

“She loved big,” Russell said. “She always wanted to help, she was a true server.”