THE LIBRARY LOOKOUT COLUMN: The benefits of banned books 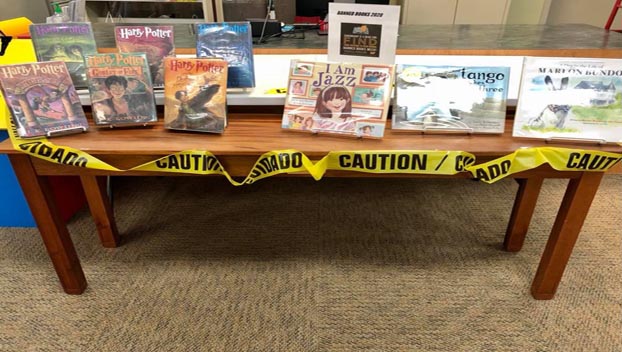 Have you visited your local library recently and been unsure of the caution tape surrounding a display of what looks to you like random books?

Did it catch your eye and bring you closer to observe, or did it warn you to stay away from the titles?

These caution-themed displays popped up across the U.S. last week in a celebration of the freedom to read.

Banned Books Week has been celebrated annually the last week of September into the first week of October since it was launched in 1982 and highlights the value of free and open access to information.

You may, like many others, hear “banned books” and think “bad books,” so it’s important that we understand why public libraries are creating displays over items that sound like they should be removed from shelves. 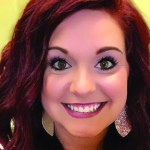 Before I became a librarian and saw these displays, I stayed away from them. I thought, “Oh my, I don’t want to read a book that has been banned. It must be filled with terrible subject matter, offensive language and off-putting information.”

When I began working in the library and became part of this new literary world, gaining perspective from behind the customer service desk, my eyes were opened to the reality of these displays.

Did you know that the favorite classic and Pulitzer Prize-winning novel “The Color Purple” by Alice Walker has been challenged and banned from many high schools across the country due to causes including “social explicitness” and an overall theme of “smut” deemed inappropriate for required reading?

How about “To Kill a Mockingbird” by Harper Lee? It was also removed from many school libraries and reading lists based on “objectionable content” and the representation of “institutionalized racism under the guise of good literature.”

Not as shocking, but still a surprise to many is that the entire realm of “Harry Potter” and “The Lord of the Rings” series has been added to the list for “encouraging witchcraft” and have even been recorded as being burned in bonfires for being labeled as satanic.

Among the list of the Top 10 Challenged books for 2019 is the inspiration for the superbly popular Hulu Original Series “The Handmaid’s Tale,” based on the Margaret Atwood classic, which was banned and challenged for profanity and for “vulgarity and sexual overtones.”

Even titles geared toward children have made the list in the past and present, such as “And Tango Makes Three” by Justin Richardson. This picture book is based on the true story of Roy and Silo, two male penguins at the Central Park Zoo, who successfully hatched baby Tango from a motherless egg given to the pair by a zookeeper. The work has been both celebrated and banned for being called a “pioneering picture book” by offering an example in nature of a non-traditional family.

Whether for adventure, curiosity, or simply to find a new great read, now that you realize the truth behind these annual displays, take a step toward the caution tape in the future and see if a title catches your interest.

Currently Reading: “One by One” by Ruth Ware

Sara Hahn is the Children and Youth Services Librarian of the Stanly County Public Library in Albemarle. You can reach her at shahn@stanlycountylibrary.org or the Albemarle Library at 704-986-3758.