RANDY EVANS COLUMN: 2020 has shown us why America needs journalists

There is one week set aside each year to salute newspapers for the important role they have played in our nation, a role that goes back to the beginning of these United States.

This year, however, waiting until Oct. 4-10 and National Newspaper Week has been difficult, because the coronavirus pandemic and a variety of major news events across our land have tested newspapers, and our communities, in ways we might never have fathomed.

Taking stock of the contributions by newspapers, large and small, serves as an important reminder of why our Founding Fathers wrote freedom of the press into the Constitution’s Bill of Rights — and why the theme for this year’s National Newspaper Week, “America Needs Journalists,” is so appropriate. 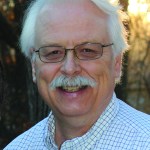 We have seen our lives and our communities change in dramatic ways because of coronavirus.

In the early weeks, businesses closed their doors and government offices were darkened in response to directives that all but the most essential workers should remain at home to guard against spreading the disease.

Newspapers scrambled to protect their employees, too. But newspapers still needed to be produced to serve their readers and communities and to fulfill that vital information function the Founding Fathers envisioned.

Journalists quickly educated themselves on the coronavirus and shared that knowledge with readers. They kept their communities informed — telling readers where tests were available, reporting on local test results, sharing the heartbreaking news of deaths and alerting people about employment changes at local businesses.

Journalists turned to their kitchen tables, spare bedrooms and basement offices to take the place of the newsrooms where they had gathered with colleagues a few weeks earlier. While the locations changed, the core mission of newspapers did not.

Newspapers have long served as “watchdogs” over government. The pandemic magnified the significance of this role because the virus closed most government offices, and meetings of school boards, city councils and county officials moved onto Zoom.

Reporters have always tried to be vigilant over the way state and local governments use tax money and make decisions. But in 2020, journalists also have worked to keep up with the dynamic nature of the coronavirus testing data. They have tried to make sense of the metrics government leaders have relied upon in making decisions on mask wearing, social distancing and back-to-school directives.

The most potent tool of newspapers continues to be the spotlight. They shine it on problems that need to be addressed and on solutions that ought to be considered. They shine it on stories that are heartwarming and uplifting. At other times, they shine it on topics that might raise the blood pressure of readers.

There has been a long tradition of newspapers advocating for the public’s access to government meetings and records so citizens know what their government is doing, or not doing. This is hugely important now and long term, because government should conduct its business — really, it’s the public’s business — in open, not in secret, so citizens have the opportunity to share their views on forthcoming decisions.

The important work of newspapers stretches far beyond government buildings, however. Newspapers are there to introduce readers to interesting people. They tell their communities about events that are coming up. They provide the stuff that finds its way into families’ scrapbooks and onto the doors of refrigerators — news items about awards received, honors bestowed, touchdowns scored, prizewinning pigs shown at local fairs, and on and on.

And in times of great distress — during killer hurricanes and tornadoes, horrendous floods and wildfires — newspapers step up in ways that truly can make the difference between life and death. Newspapers have done that this year, once again being the go-to source for vital details the public needs — the lists of places where people can charge their cell phones, laptops and medical equipment, the locations of shelters and meal distribution sites, and places where people can get drinking water or provide a helping hand to those in need.

The immense challenges we all have dealt with this year clearly underscore the fact that America needs journalists.

Randy Evans is executive director of the Iowa Freedom of Information Council. He was a newspaper reporter and editor in Iowa for 42 years.