Parkers Grove has resumed in-person services at 10 a.m. Sunday. Masks are required and a sanitation station is set up upon entering the church. Temperatures will be taken as well. 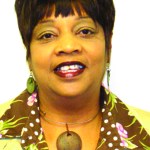 Our hearts were saddened to hear of the passing of our dear beloved Norman Patterson. He will certainly be missed and we are praying for the family and the caregivers that took very good care of him. We also regret hearing of the passing of Rev. Roosevelt Horne of Hope, Faith and Charity of Albemarle. Prayers goes out to the Smith families on the passing of Carrie Smith Grady.