Following an hours-long standoff, the Stanly County Sheriff’s Office arrested Bobby Darrell Barbee in Stanfield on Sunday after receiving a report of an assault that occurred. 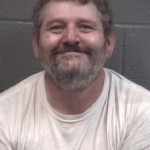 Barbee allegedly assaulted his girlfriend and their children.

Barbee made threats not only to his girlfriend and children but also to law enforcement, said Sheriff Jeff Crisco, adding that the Sheriff’s Office received information that he was in possession of homemade explosive devices. Due to the situation, the Stanly County SWAT team and members of both the Criminal Investigations and Narcotics Divisions, along with members of the Cabarrus County Bomb Squad and ATF, were sent to the suspect’s home.

Once on the scene, a four-hour standoff ensued between Barbee and law enforcement.

A captain of the Sheriff’s Office was eventually able to utilize a taser to subdue Barbee and he was quickly taken into custody.

Barbee was charged with kidnapping, child abuse, interfering with an emergency communication, assault on a female, communicating threats and false imprisonment.

His initial court appearance will be Oct. 19 in District Court in Albemarle.