PEEKING INTO THE PAST – Rosebriar 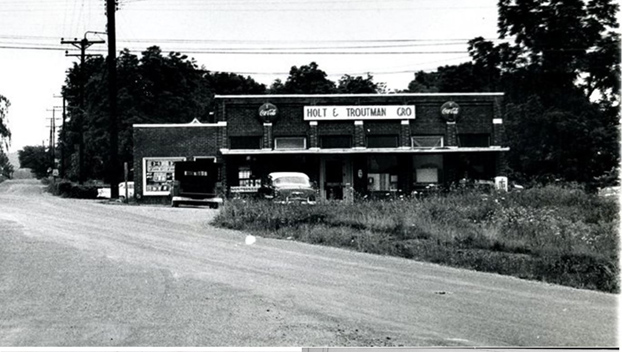 A grocery store, a general merchandise store and a restaurant have all called the building now known as The Rosebriar home.

According to the current owners of Rosebriar Restaurant, Jessie Poplin had a new building constructed on Wiscassett Street in 1925 for his general merchandise store. He, and later his son, operated a grocery store in this location until 1946.

The business was sold to Curtis Holt and Clifford Troutman. They continued operating a grocery business here until February 1980.

The Holt & Troutman building was purchased by Jane Meitzler and Elizabeth Benton in May 1984. They renovated the interior for a new restaurant that was to be operated by their mother. The restaurant, known as Jabby’s First Edition, opened in early 1985.

The building which now houses The Rosebriar has contained a few businesses over the years.

Alan and Gail Burris purchased the restaurant in November 1987. They renamed it Rosebriar and it is still in operation today.

I am hoping to learn additional information about the early history of this building. Please contact me at lpbramlett@hotmail.com if you have any information.