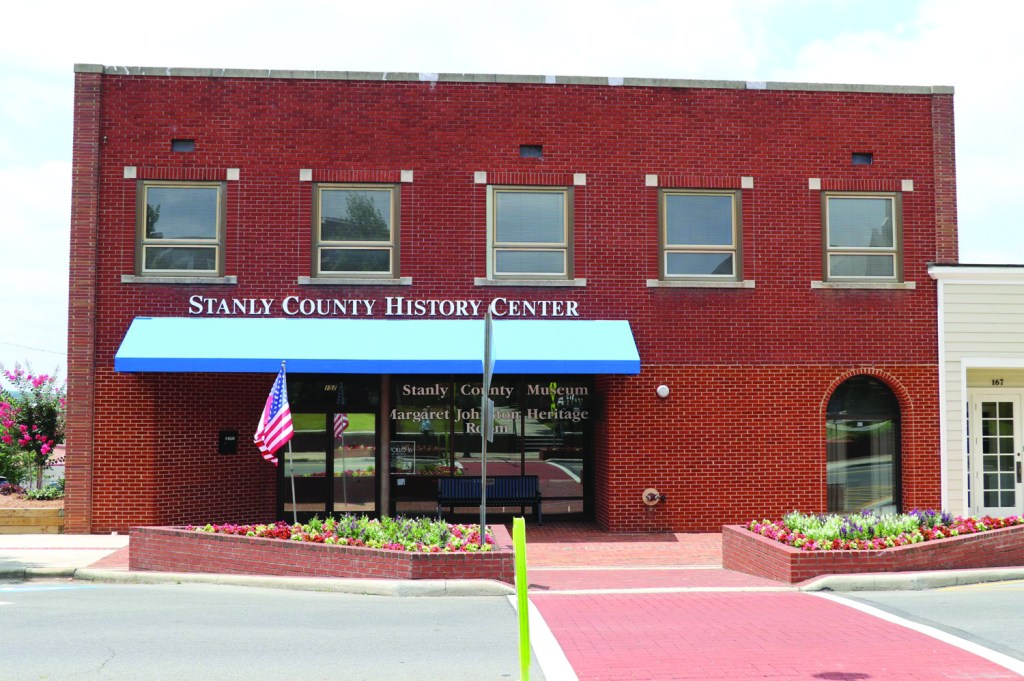 While the Stanly County History Center usually offers ghost walks of downtown Albemarle in October, due to the coronavirus pandemic the center is offering what it calls “Ominous Online Occurrences.” These are safe, but still spooky events that people can participate in without having to worry about being around large numbers of people.

Each Friday in October the center has been highlighting locations around downtown Albemarle that are supposedly haunted. In videos uploaded to the center’s Facebook page and website, veteran storyteller Susan Sharples speaks about the creepy background behind each location.

The first video was about the 1925 grisly murder of R.L. Watkins. He was killed after discovering someone stealing one of his horses in a stable in New London. The man, John Gray, killed Watkins with a pitchfork, then dismembered him and, along his his cousin, broke into the Wiscassett School — what is now the Stanly County Family YMCA — and threw the body parts into the furnace. Watkins’ spirit supposedly watches over the YMCA.

The second video features the building where Starnes Jewelers is located, which includes a performance hall upstairs, better known as the Opera House. During the 1918 flu pandemic, also known as the Spanish flu, the Opera House was used to store coffins of people, some in their early teenage years, who had died as a result of catching the disease. Starnes employees have reported hearing strange noises, such as footsteps and voices, which likely belong to those many lost souls.

The other two locations that will be discussed include the Jim Phillips Law Office and the Isaiah Snuggs House. Each video is no longer than about seven minutes and sound engineer James Sullivan provided sound effects.

The History Center is also planning a ‘Murder, Mystery and Mayhem’ driving tour featuring 13 locations throughout the county where murders and other scary events took place. People can access the map, which includes background information behind each location and specific directions for how to get to each one, from the website or at the History Center. The stories behind each location are true, said museum director Megan Sullivan, and based on research from sources such as old Stanly News & Press articles.

The stories include the disappearance of a World War II plane in Badin Lake, the lynching of Alec Whitley in Albemarle, one of the state’s largest illegal distilleries in Norwood and the hauntings at Booger Hollar Bridge in Oakboro. People will begin the tour in New London and finish in Oakboro.

Sullivan said the most exciting part was researching the history behind each of the locations, which taught her more about the county.

“The most exciting part for me was that, since I’m not from the county, was getting out and driving to these sites and actually seeing a lot of the county that I hadn’t seen before.”

She said that the driving tour, which should take a few hours to complete, “shows every place has some stories, even Stanly County.” 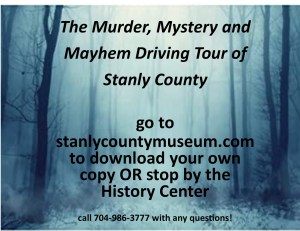