PEEKING INTO THE PAST – Richard Nixon and Pfeiffer 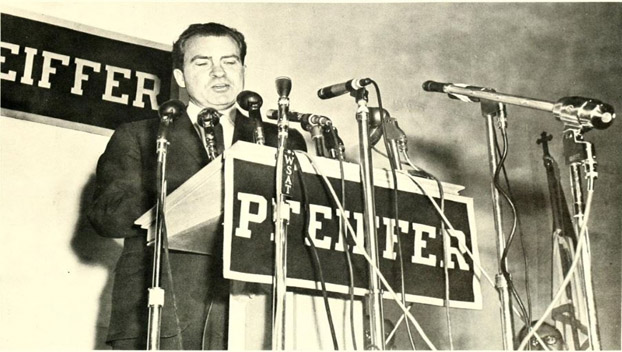 After losing to John Kennedy in the 1960 election to replace Eisenhower, he ran for, and lost, the race for governor of California in 1962.

Nixon and his family next moved to New York, where he became a senior partner in the law firm of Nixon, Mudge, Rose, Guthrie, and Alexander.

Due to their joint connection with the law firm, during early February 1964, Rose was able to help arrange for Nixon to speak in Misenheimer at the Pfeiffer College convocation held on Feb. 3. (Thanks to Jonathan Hutchinson, University Archivist at Pfeiffer University, for sharing this story.)