Woman arrested for two charges of sexual exploitation of a minor

After being contacted by FBI officers in Charlotte about a possible child exploitation case a few weeks ago, the Stanly County Sheriff’s Office, upon further investigation, determined that Maggie Blake Wingler, 31, had been communicating with and sending child pornography to a person in Tennessee. 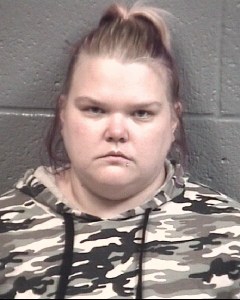 Maggie Wingler was arrested Oct. 22 for two charges of sexual exploitation of a minor.

On Oct. 22, members of the Sheriff’s Office, along with Concord police and FBI officers, conducted a sting operation that resulted in serving a search warrant at Wingler’s home near Albemarle.

She was arrested for first- and second-degree exploitation of a minor and was taken to the Stanly County Detention Center on a $1 million secured bond. Her initial court date is set for Oct. 26 at the Stanly County Courthouse.