After serving out his first term as state senator, Republican Carl Ford, whose District 33 includes Rowan and Stanly counties, is seeking reelection.

He is running against Democratic challenger Tarsha Ellis. 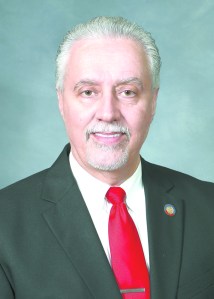 First elected to the Senate in 2018, Ford, 63, previously served three terms in the state House, representing the 76th district, which encompassed part of Rowan and Cabarrus counties.

Born in Kannapolis and raised in China Grove, where he currently resides, Ford’s first real foray into politics came in the 1990s, when he headed up U.S. Sen. Jesse Helms’ reelection campaign in Rowan County.

He later served many years on the Rowan County Board of Commissioners, including time as both vice chairman and later chairman.

“I got involved in politics because I didn’t like locally how my tax money was being spent,” he said.

While some people have referred to him as a “professional or lifetime politician,” Ford says he never got elected to any political office until he was 52. For the past 38 years, he has owned four small radio stations in Rowan and Cabarrus. He also worked many years at Cannon Mills in the 1970s.

As a member of the state senate, Ford serves on committees such as Health Care, Transportation and Redistricting and Elections.

During his two years in the Senate, Ford has co-sponsored 55 bills, many of which became laws, including SB 310 that allows electric membership corporations to seek federal grant funds to provide broadband services to rural North Carolinians and SB 30 which extended the contracting date for agreements between Stanly Community College and the county to construct facilities on campus.

Ford believes he’s the most qualified candidate for the position because, as the incumbent, he’s well-connected with the local leaders in both counties, which helps him get things done in Raleigh.

“I have contacts of almost every elected officials in both counties and I know the county managers and the town managers,” Ford said.

“It’s a great relationship,” Ford says about his connections with local leaders. “It just works really well…whatever it is, from the smaller to the largest, we try and get funding for them.”

Ford normally visits Stanly several times a week, but he’s recently increased his time in the county with the election coming up.

Important issues for Ford include securing funds for transportation projects like the widening of N.C. Highway 24-27, cutting back on what he calls burdensome regulations and continuing to work on tax reform “so more of the people can have more of the money in their pockets.” He’s also been working to bring in more money to the school system to help create hotspots for students engaged in remote learning.

“There’s a lot to work on and a lot more to do,” he says, adding that he has to continue to keep “my nose to the grindstone and keep working and listening to the local people and the local elected officials.”

Ford is married and has four children and seven grandchildren.

“I’m trying to make things better for them because I know everything that we do is not about today, it’s about tomorrow, next month, next year, 10 years from now.”