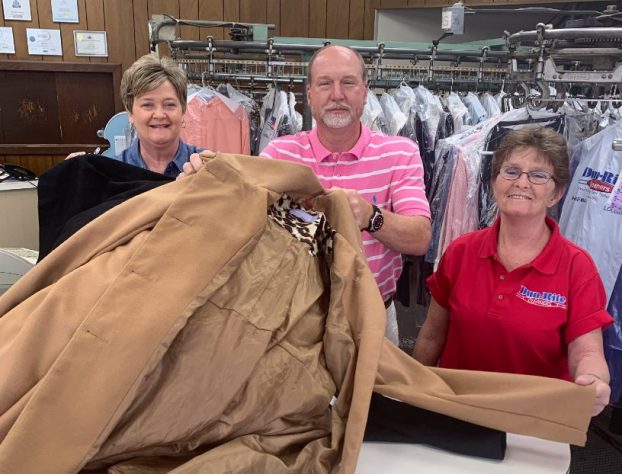 Coats for Kids campaign to kick off

After almost 30 years helping the community, Dun-Rite Cleaners will resume its Coats for Kids drive in November.

In 1992, the idea for the campaign began at the annual meeting of the North Carolina Association of Launderers and Cleaners. Since then, Dun-Rite has collected and distributed more than 80,000 coats to children in the community. Last year, the business distributed 2,600 coats.

The coats are each cleaned before they are sent to organizations in the county who distribute them to children.

From Nov. 1 through the end of the month, gently used coats, size infant to adult, can be dropped at Dun-Rite’s headquarters at 1223 Pee Dee Ave., Albemarle, or at its office in western Stanly at 1808 W. Main Plaza, Locust. Hours are 7 a.m.-5:30 p.m. Monday through Friday at both locations.

Pinnacle Bank has also agreed to collect coats at its Albemarle location.

Mark Dry, owner and president of Dun-Rite Cleaners, said people have already come to both locations to drop off coats.

The coats should be distributed to children in December, Dry said.

“Our commitment to give back to the community has always been one of our top priorities,” said Dry. “In this economic crisis, it’s a great feeling to know that you have helped someone in need.” 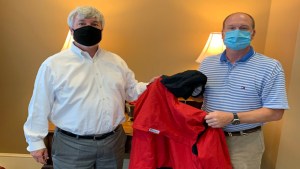 David Smith, senior vice president and area manager at Pinnacle Bank in Albemarle, assists Mark Dry, president of Dun-Rite Cleaners, with a coat donation. Dun-Rite has been promoting its Coats for Kids campaign since 1992. Pinnacle is a collection location as well this year.

For many former high school baseball players from Stanly, watching the 2020 World Series had the added bonus of saying... read more