PEEKING INTO THE PAST – Robert Griffin and Mamie Eisenhower 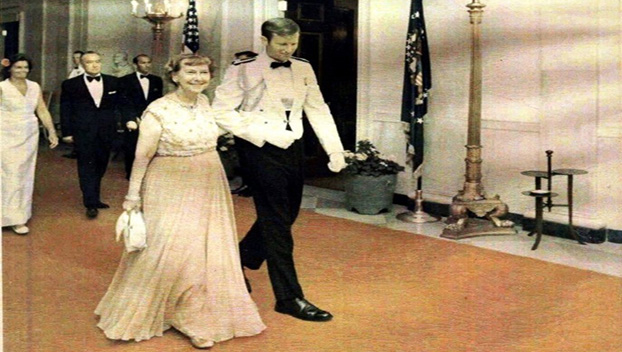 Robert Griffin was born in Albemarle but grew up and went to school in New London. He later graduated from the University of North Carolina in 1965.

According to his sister, Griffin worked for the United States Health Department for a year or two before entering the Air Force.

He then spent about four years in the Air Force. He worked in Intelligence and was primarily located at the Pentagon.

While serving with the Air Force he was chosen to serve as a military social aide at the White House under President Richard Nixon.

According to the White House website, “White House Military Social Aides serve as an extension of the President and First Lady in their roles as official host and hostess of the United States.”

Their job is to help important dignitaries at White House parties, dinners and other functions to be sure they have an enjoyable experience.