Lovett to share new look at ‘Alice In Wonderland’ 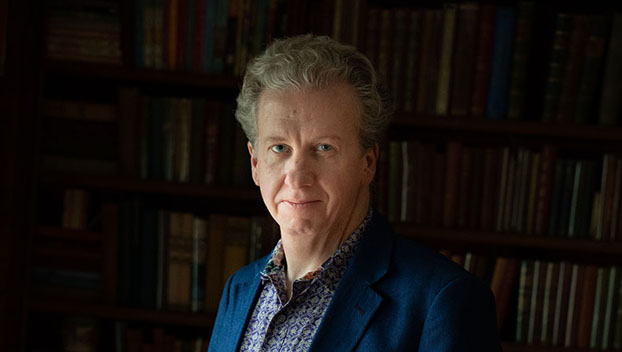 Author Charlie Lovett will speak via Zoom at a Pfeiffer Friends of the Library event.

Charlie Lovett of Winston-Salem, the celebrated author of bestselling novels and widely staged plays for children, is also a noted authority on Lewis Carroll and his famed books “Alice in Wonderland” and “Through the Looking-Glass.”

On Nov. 10 at 7 p.m., Lovett will be the featured speaker in a free talk titled “A Fresh Perspective on Alice in Wonderland,” which he’ll present via Zoom for Pfeiffer University’s Friends of the Library. Audience space for this event will be limited to 100 participants. To receive a Zoom link, email Advance@pfeiffer.edu with “Lovett” in the subject line.

Lovett became enamored with Alice as a young child, repairing to the family attic during rainy days to listen with attention to actor Cyril Ritchard reading the book out loud on vinyl. In time, Lovett’s love of Alice and Looking-Glass evolved into a scholarly study of Carroll and his work.

Among other things, Lovett has written or edited nine books about Carroll, a pseudonym for Charles Lutwidge Dodgson (1832-1898), a polymathic lecturer in mathematics at Christ Church, one of Oxford’s colleges. Lovett’s most recent book, “Lewis Carroll: Formed by Faith,” which is being billed as the first full-length study of Carroll’s religious life, will be published by UVA Press later this year. Lovett has served as the president of the Lewis Carroll Society of North America, and he has edited the Lewis Carroll Review.

Lovett’s fresh perspective on Alice rests on two factors he’s come to observe over time, each of which will serve as a jumping off point for both the Friends talk and the discussion that follows.

The first factor resulted in “looking more specifically at the actual moment of (Alice’s) creation,” namely an oft-cited 1862 boat trip that Carroll took with three daughters of H.G. Liddell, the ecclesiastical dean of Christ Church. During the trip, Carroll is reported to have delighted the youngsters with stories of a girl named Alice, and the adventures that ensued after her fall into a rabbit-hole.

When the boat trip ended, Alice Liddell, one of H.G.’s daughters, begged Carroll to write down the stories she had heard on the trip, and three years later, “Alice in Wonderland” emerged, underpinned by the rabbit-hole premise of the tales that Carroll told during the boat trip.

Although the story of the boat trip is often told, “I’ve never seen anybody zoom out just a little bit and look at the week (when the boat trip took place) and what was going on in Lewis Carroll’s life and why that moment was not exactly the moment we thought it was,” Lovett said, adding that what was going on that week is “interestingly illuminating.”

The other observation speaks to what modern readers of Alice usually miss, namely its place in the history of children’s literature, particularly that of the 19th century. When the novel is seen in that context, Lovett said, it reveals itself as “revolutionary” — revolutionary because a rebellious Carroll eschewed many of the conventional elements of the children’s literature that he knew through young adulthood in England. One of the most significant of these elements was to teach children moral lessons.

Alice, by contrast, “flat out not only does not teach a moral lesson; it flat out makes fun of books that teach moral lessons,” Lovett said. “That was a pretty bold thing to do. When you read Alice in the context of previous children’s literature, which had been so much about moralism and didacticism, you almost become surprised that a parent in 1865 would leave their child alone in a room with this book.”

Lovett’s latest novel, “Escaping Dreamland,” was published earlier this fall by Blackstone Publishing. Lovett stressed that although he’ll focus on Alice and Carroll topics during his Friends talk, he’ll also talk about Dreamland if that’s what the audience wants.

“No novelist gets in front of a group of people and doesn’t say, ‘I’ve got a new book,’ ” Lovett said. “I’ll certainly mention that (Dreamland) exists. I’m happy to answer any question bearing on my career.”

A video recording of “A Fresh Perspective on Alice in Wonderland” can be viewed on YouTube starting Nov. 11. Search the presentation’s title to find it.

Ken Keuffel, who authored this article, has served as Pfeiffer’s Assistant Director of Communications since December 2019. He welcomes story ideas from Pfeiffer’s faculty, staff, students, alumni, and friends. The form for submitting story ideas is at www.pfeiffer.edu/newsform​