Dr. Melicent Huneycutt, who taught English at Pfeiffer from 1969 to 1981, died Oct. 21, leaving behind grieving-but-grateful students whose memories of her impact on their lives remain as vivid as ever. 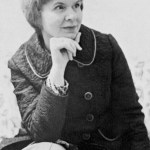 an assistant professor of Development Studies. After earning a Bachelor of Arts in Christian Education from Pfeiffer, he earned a Master of Arts in English from Clemson University and a Doctor of Ministry from Gordon-Conwell Theological Seminary in South Hamilton, Massachusetts. He’s been working at Pfeiffer for more than 30 years, having become noted for helping young people in their life journeys and for teaching a course every other year on the works of C.S. Lewis and J.R.R. Tolkien, authors to whom Huneycutt helped introduce him.

But back in 1975, Gulledge was in a very different place, a freshman who’d done well in his high school English classes but knew there was so much more to learn.

Huneycutt would reinforce that — albeit in ways that Gulledge didn’t expect, namely when he took a freshman course she taught called “English, Approaches to Literature.”

“From day one, my fellow classmates and I were assaulted with information about Carl Jung, Joseph Campbell, dreams, myth, the journey of the hero/heroine, etc.,” Gulledge said. “I was shocked and dazed and hanging on for dear life as this red-headed, fire-breathing Presbyterian dragon spewed information.”

The “Presbyterian” reference, incidentally, speaks to Huneycutt’s pre-Pfeiffer background: For more than 10 years, she served as a Presbyterian missionary worker at two schools in South Korea. After that, she earned a doctorate in English literature from UNC Chapel Hill.

Within just a few weeks, the essential pieces (or “bones”) of all stories began to come into view for Gulledge. He remembers sitting “terrified, exhausted, and wildly intoxicated,” as Huneycutt “unified all of literature and more before my very eyes and ears: the Bible, Homer, Shakespeare, folk tales, popular films, all of it.”

Huneycutt would not let up. As Gulledge found out, her methods for testing her students were highly unconventional. At the end of the “Approaches” course, each member of the class gathered in a circle for a three-hour oral exam on T.S. Eliot’s “The Wasteland.”

“Who does that?” Gulledge now wonders. “Who puts 18-year-old freshmen in a circle for three hours and interrogates them on the longest, most baffling poem in the English language?” Only Huneycutt, it seems.

In time, Gulledge would become Huneycutt’s mentee and friend. She even employed him in a variety of ways so that he could earn some much-needed money to make ends meet. She composed his recommendation letter for Clemson.

“All the while, she was ever honing my mind, chipping away at the rough edges of my character, deepening my soul and slowly revealing the magnificent energy which fueled the dynamo that she was: the dazzling, refining, at times frightening, love that she bore for Jesus Christ. That was the secret of Melicent Huneycutt.”

The Rev. Jan Brittain (1977), now a Pfeiffer trustee, has a similar story to tell about Huneycutt, who assumed the name Huneycutt-Vergeer after marrying the late John Vergeer, a bank executive. Now the senior pastor at Williamson’s Chapel UMC in Mooresville, Brittain came to Pfeiffer from Spartanburg, South Carolina. She took some courses on the Bible that Huneycutt taught.

Huneycutt authored “I prophesy” for the Class of 1979’s yearbook. The piece began to circulate a few days ago, and when Brittain read it over, it inspired her to reflect on Huneycutt’s influence in her life. “I prophesy” ends with a series of questions:

“What of us is still alive in you? Do we still touch you, teach you, where it’s real? Does God still move toward you through us? And what of us have you passed on to whom?”

During a recent interview, Brittain answered these questions.

“Yes, much of you, Dr. Huneycutt, and the other professors at Pfeiffer, are still alive in me – still challenging, still guiding and still encouraging me. Time spent in your classrooms shaped me, yes. But more so the time spent in your cramped offices.”

“I can see you now as you lifted your Bible before me and began to thumb through the pages,” Brittain said, recalling Huneycutt’s response. She remembers Huneycutt saying the following:

Jan, you can tear this Bible apart page by page. Ask any and every question you have. You need not worry. It has withstood the questioning of countless others through the ages without being remotely diminished in power. Nothing you do will damage it. You will not lose anything, but along the way you just may find something – a new way to claim it as your own.

And with that, Brittain was set free to enter into her own back-and-forth, up-and-down, yes-and-no relationship with God’s Word.

“You were right, Dr. H.,” Brittain said of Huneycutt. “Somewhere along the way, it became my own word from God. In the soft glow of your office as the winter evening fell on the campus that we both loved so well, I could not have imagined that my encounter with God’s word would take me into pulpits all across the world, that week after week for over 35 years (so far) I would go back into the pages of that book, probing, questioning, searching – to find a word from the Lord to offer to others.

“And yet it has. So, yes, Dr. H., you do still touch and teach me. God does still move toward me through you. And yes, friend and teacher, I’m still doing my very best to pass it along to others. Well done, good and faithful servant.”

Ken Keuffel, who authored this article, has served as Pfeiffer’s Assistant Director of Communications since December 2019. He welcomes story ideas from Pfeiffer’s faculty, staff, students, alumni, and friends. The form for submitting story ideas is at www.pfeiffer.edu/newsform​