PEEKING INTO THE PAST – Nancy Winecoff and Jimmy Carter 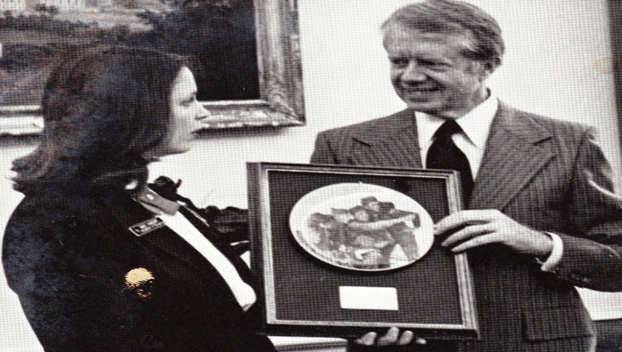 The Exploring program of the Boy Scouts can trace its origins to the mid-1930s but was officially organized in 1949.

After some early changes in the program, its main focus became career opportunities for youth. Early on young women were allowed to participate, but they were not considered full members until April 1971.

In April 1978, Stanly County native Nancy Winecoff, a UNC-Chapel Hill sophomore, was elected president of the National Explorers. This was quite an accomplishment since of the 400,000 Explorers throughout the nation, only about one-third were women.

During Winecoff’s year in office, she traveled extensively throughout the United States representing and promoting the Explorers program. She also went on a goodwill visit to Africa.

On Feb. 7, 1979, Winecoff attended an event at the White House. Along with representatives of the Cub Scout and Boy Scouts, they met with President Jimmy Carter to provide the annual scouting “Report to the Nation.”