Hudson secures fifth term in Congress as he defeats Timmons-Goodson 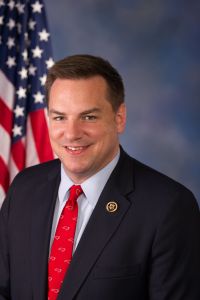 Richard Hudson secured a fifth term in Congress after he defeated Patricia Timmons-Goodson to retain control of the state’s 8th Congressional District.

Hudson also defeated Timmons-Goodson in neighboring Cabarrus County, where he received 56 percent of the vote.

“I am honored and humbled for the opportunity to continue serving our community,” said Hudson Tuesday night at his headquarters in Concord. “As I vowed during this campaign, I will work for everyone in our community and continue focusing on priorities including rebuilding our economy and improving health care. As Fort Bragg’s Congressman, I will also continue to work every day for our veterans, our troops and their families.”

“I am proud of the effort we put together,” said Timmons-Goodson in a statement after the results were announced. “We ran a strong campaign and gave the voters the information they needed to make an informed choice and they have spoken. I wish Representative Hudson well in his next term.”