Democrats in Stanly excited about Biden 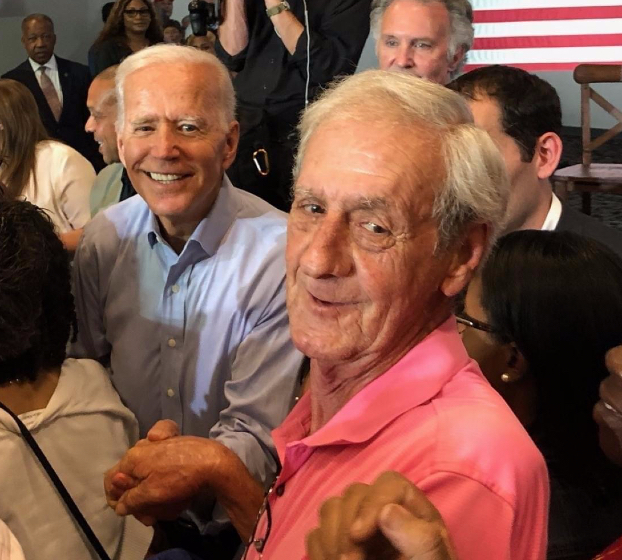 Although small in number, Democrats in Stanly County were happy to receive the news over the weekend that Joe Biden was elected the 46th president of the United States.

“In terms of me and the Democrats I was speaking with when the news broke, people were ecstatic and excited to return to normalcy,” said Kevin Taylor, chairman of the Stanly County Democratic Party. “Joe Biden is the right man for the right time.”

“People are just relieved, I think, because it was pretty nail biting,” he added, referring to the fact that it took multiple days for the winner to be determined, due to the flood of mail-in ballots that had to be counted in several battle ground states. The broadcast networks called the election for Biden Saturday morning after he won Pennsylvania and the state’s 20 electoral votes, which vaulted him past the required 270 needed to become president.

Though Stanly County overwhelmingly backed President Trump (he received 75 percent of the votes), support for Biden was still impressive: 8,037 people voted for him, much higher than the 7,094 who voted for Hillary Clinton in 2016. In total, more than 33,500 people voted in Stanly County, which accounted for 79 percent of all registered voters.

Though not yet official, Trump narrowly leads Biden in North Carolina by around 75,000 votes. Additional outstanding absentee and provisional ballots are being counted and the final results should be certified by the end of the week.

Trump is only the third elected president since World War II to lose reelection; the last president to do so was George H.W. Bush, who lost to Bill Clinton in 1992.

Nationally, Biden, who served as vice president from 2008 through 2016, has received more than 75 million votes, the most of any presidential candidate in history. Even in a loss, Trump has received the second-most votes in history, with almost 71 million.

This was Biden’s third time running for president, after unsuccessful attempts in 1988 and 2008. Before becoming vice president, be spent 36 years representing Delaware in the Senate.

Norwood resident Bill Johnson voted for Biden because he believes he will do a better job dealing with the coronavirus, which has already killed more than 240,000 people, including more than 70 in Stanly.

“I feel like he’s one that will bring the country back together and maybe stop some of the division.”

Johnson got to meet Biden last year during a rally in Charleston, South Carolina.

“He seemed energetic and he got out in the audience and talked to different people,” he said, adding that he seemed genuine and was “a hometown boy.”

Though Biden wasn’t Austin Coats’ first choice to represent the party on the presidential ticket (he was originally an Elizabeth Warren supporter) he is happy that Trump became a one-term president.

“I can’t explain how excited I am that he is the president and we’re finished with Donald Trump,” he said.

Given Biden’s bipartisan history forging relationships with many Republicans, including the late Sen. John McCain, Coats, who lives in Norwood, believes that he is the right person to try and unify the country.

“We’ll be able to regain some sort of unity in the country because he does work across the aisle,” Coats said.

“That’s what I’m looking forward to is him surrounding himself with competent people who actually know what they’re doing.”

While he was disappointed that North Carolina narrowly went for Trump, he is optimistic that with the state’s demographics continuing to change, the state will soon flip blue.

While Albemarle resident Georgette Edgerton was thrilled with the victory, she was especially happy to see Sen. Kamala Harris become the first woman, and person of color, elected to serve as vice president.

As a Black woman who, like Harris, also graduated from a historically black college, Edgerton said she can personally relate to Harris and her background.

“We have so many things in common that it just blessed me tremendously that she is actually me,” she said.

Edgerton, who is the first vice chair of the county’s Democratic Party, believes that Harris’ ascendency to the vice presidency will reinforce for young girls of color the notion that they can be anything they want to be in this world.

“Listening to her speech, the word that came to me was possibilities,” Edgerton said. “I’m a mother of three girls and I instilled in them that there’s nothing you can’t do.”

When she first learned Biden and Harris had won, Edgerton felt a sense of calm and normalcy for the first time in years.

“No chaos, no disruptions, no division, just peace,” she said. “That’s all I wanted and that’s what I’ve been praying for and I felt like my prayers have been answered.”