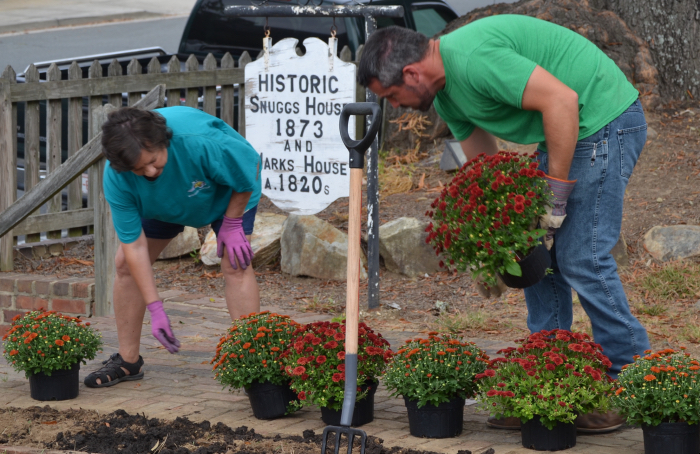 The Stanly County Historical Society recently launched a campaign to raise funds for the continued preservation of both the Freeman-Marks House and the Isaiah W. Snuggs House, two of the oldest properties in the county.

The specific goal of the campaign, which will run through 2023 and is titled “Preserving Our Heritage,” is to raise sufficient funds for a $500,000 endowment. Since ownership of the two historical properties was transferred from the county to the society in April, the money raised will go not only towards ensuring the houses remain in good condition but will also allow the society to be better positioned to accept future gifts of properties and artifacts for restoration.

“When we first learned the intent of the Stanly County commissioners to divest themselves of the historic houses in June 2019, our board knew we could only accept ownership of the properties if we established an endowment to provide a perpetual source of income to maintain and operate them,” said president Kent Harkey. “We’ve spent the past 16 months researching endowment options with Foundation of the Carolinas staff and planning the execution of our financial campaign. The success of our endowment campaign will ensure the Stanly County Historical Society can continue to preserve these nationally designated historic treasures and allow us to accept future donations for preservation.”

Harkey added that with the addition of Pfeiffer University’s new Center for Health Sciences facility, “it is the optimal time to make the historic houses a hub of cultural and educational events in downtown Albemarle.” 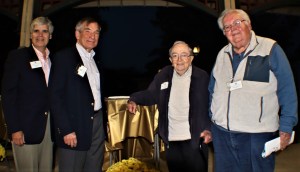 The historical society has spent the past few months repairing various aspects of the properties, including rebuilding the porches and handrails of the Freeman-Marks House and completing interior painting of three rooms in the Snuggs House, along with removing the large oak tree in the front yard. Exterior painting of the Snuggs House is slated to begin sometime this month.

Though the campaign only started last Friday with a kickoff event at Market Station, Historical Society secretary Jim Sawyer said the group is already closing in on a pledge of $25,000.

“No gift is too large or too small,” said campaign chairman Dr. J.C. Boone. “Please help us preserve the history of Stanly County for future generations to enjoy.”

Various groups within the county, such as the N.C. Cooperative Extension Master Gardeners, have worked alongside members of the historical society to preserve and repair the properties over the years. Last fall, for example, several volunteers spent a day landscaping the front lawn of the Snuggs House, including planting new flowers. The two houses have also been utilized for historic tours and educational programs, such as Living History Day, where citizens can learn what it felt like to live in a bygone era.

The historical society has also created an events and marketing committee to plan a year-long calendar of monthly events to showcase the rich history of the properties.

“To me, those houses are a touchstone to a past that…we need to be aware of because our future and where we are in the present is largely built on people and places that have been here before,” Sawyer said.

The society was established in 2013 and is an offshoot of several predecessor organizations that had been around since the early 1970s. The mission of the society is fourfold: to serve the people of Stanly with educational programs depending their understanding of the history of the area; provide opportunities, such as tours and special events, for the public to attend and utilize the historic resources; support the maintenance and capital needs of the properties; and to assist in the potential acquisition of other properties or exhibits that would continue to highlight the county’s rich history.

The Isaiah W. Snuggs House, at 112 N. Third St., is the oldest dwelling in Albemarle which still stands on its original site. First built in 1852, it became the home of Civil War veteran I.W. “Buck” Snuggs, who lost his right leg at the Battle of Spotsylvania Court House in Virginia in 1864, where he was taken prisoner. Upon his release, Snuggs returned to Stanly and was elected Register of Deeds before coming sheriff.

The Freeman-Marks House, located directly behind the Snuggs House, is believed to be the oldest house in Stanly and was built by Daniel Freeman in the early 19th century, according to information from the historical society. It has been used in a variety of different capacities over the years including as a general store, law office, doctor’s office and rental property. The original structure may date back to as early as 1820.