Even in the COVID pandemic, the opioid epidemic persists in Stanly 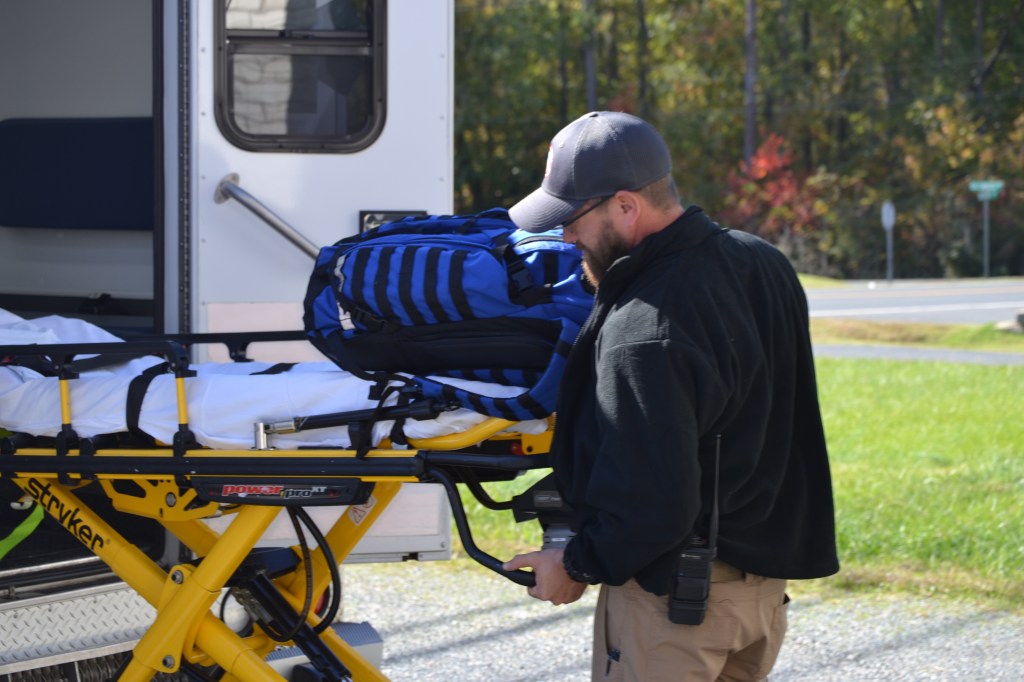 While the coronavirus pandemic has greatly impacted Stanly County this year, with more than 2,600 cases and 77 people having died since March, there’s another crisis that, though it may have faded from many people’s radar, is still wreaking havoc in the county.

The opioid epidemic is still a problem for people in Stanly. While the county spent many months last year leading the state in opioid overdoses, the trend has resurfaced as the county had the second-highest rate of opioid overdoses showing up in hospital emergency rooms for September, almost 21 people per 10,000 residents, according to the most current data released by the N.C. Department of Health and Human Services.

The problem also doesn’t seem to be just confined to Stanly County. NCDHHS reported that since March, North Carolina has seen a 24 percent increase in emergency department visits for opioid overdoses.

“We barely hear about the opioid epidemic anymore because all we talk about is the coronavirus every day,” said Delton Russell, former director of Will’s Place, a resource recovery center based in Albemarle. “Meanwhile the opioid epidemic is alive and well and has not slowed its roll at all. If anything, it’s probably picked up steam.”

Albemarle physician Jenny Hinson sees patients on a regular basis who struggle with opioids, including some who have died as a result of overdoses.

“I see too many people with permanent damage that I think is completely preventable if we can treat the disease instead of stigmatizing it or avoiding it,” she said.

She thinks the coronavirus pandemic has exacerbated the opioid epidemic because people suffering from addiction have been afraid to seek help or treatment, such as going to the hospital or a recovery resource center like Will’s Place, for fear of possibly being exposed to the virus. As a result, she believes a lot of people with addiction have been silently struggling without letting people know what’s going on.

“I suspect that across the board, addiction-related comorbidities are up” along with depression and anxiety, she said, due to people being isolated from family and friends because of the pandemic.

“We know that people who have used opiates have a change in the chemical processes (in the brain), we know they suffer from cravings, we know they suffer from a different pleasure response,” Hinson added, “so when you put that person, who already is suffering from the consequences of all those changes, in an isolated space, cut off from their support system and cut off from their coping mechanisms, absolutely it’s going to be more challenging to them.”

Due to the county’s struggles to combat the opioid epidemic, Stanly County EMS established the community paramedic program last May, which was geared towards responding exclusively to opioid overdose calls. The program was the first of its kind in the state to directly focus on opioid overdoses.

Campbell, who has been part of the program since its inception, believes the increase in opioid cases this year likely stems from people feeling isolated in their homes due to the pandemic.

“Keeping busy is really important in somebody’s recovery and when they don’t have anything to do, they can get cabin fever and get in their own way,” he said.

Campbell is seeing more fentanyl in the community, which is exacerbating the opioid problem in the county because it’s harder to combat than other drugs like heroin which are less lethal and addictive.

“Because of that fentanyl, it’s a lot harder to reverse those opiate overdoses…and we’re taking them to the hospital because it’s taking so much Narcan to get people back (conscious),” he said.

Due to the added challenge of the pandemic, paramedics take all of the necessary precautions — wearing masks, gloves, gowns and face shields — when responding to calls and interacting with the public.

“We’re trying to do our part to obviously prevent the further spread,” Campbell said. “Just because somebody has an illness doesn’t mean that we’re not going to take care of them. We have to take care of everybody regardless of what’s going on.” 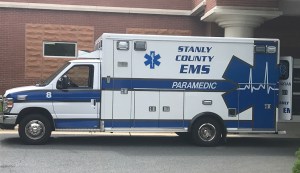 According to Stanly EMS call response data, community paramedics responded to 330 overdoses calls from the beginning of January through the end of September. Of those calls, 202 involved opiates while another 82 involved multiple substances, including opiates. A total of 167 people who received help from paramedics were transported to the hospital, while 139 people refused transport. An estimated 24 people died as a result of the overdose.

The paramedics have already responded to more calls this year than 2019, when from May through December, paramedics responded to 256 calls, of which 155 were due to opiates. Eight people died as a result of the overdose.

Though the 2020 data is cumulative and not separated by month, Campbell noted that the problem got progressively worse in August and September, though it lessened a bit in October. It could get worse in the coming months, as Campbell says there is usually an uptick during the holiday season when people usually get more depressed.

NCDHHS is planning to fund up to $10.6 million in community-based projects to prevent opioid overdoses for people who are involved in the justice system. To help combat the epidemic, Campbell said Stanly EMS is planning to apply for state funding.

‘A lot of fear out there’

Stanly County Sheriff Jeff Crisco noted that the frequency of opiates flowing into the county often depends on how aggressive law enforcement is at targeting the dealers.

“The more aggressive we are, the more pressure it puts on them” to stop selling, he said.

When asked if he has seen an increase in his officers responding to overdose calls, Crisco said it varies. “I won’t necessarily say I’ve seen an influx or a decline, it just comes in waves. It depends on the demand for it.”

Russell said that many people in sobriety are struggling because they don’t have traditional outlets like Alcoholics Anonymous or Narcotics Anonymous available where they can physically meet with others and share fellowship. While Zoom and other online platforms are nice substitutes, Russell said for people recovering from addiction, nothing replaces face-to-face interactions.

“Not only are we dealing with physically isolating ourselves from our community, but we’re also dealing with all the stress” in the world, from the election, to worries about systemic racism, Russell said.

“There’s a lot of fear out there right now and fear doesn’t equate with wellness,” he added.

To try and cope with what’s going on around them and to feel in control, Russell said, people are likely turning to opioids.

“Stress beats you down and wears on you day after day and then eventually you start becoming less and less emotionally well and as a byproduct of that, using at some point starts to become an option,” he said.

Though he no longer works in the county, Russell has helped several people struggling with opioid addiction in Stanly in recent weeks get connected to proper treatment.

“Good treatment exists,” said Hinson. “This is not an issues of will power, this is an illness that we can treat.”

• Bridge to Recovery in Oakboro and Monroe — Call 704-909-8025 or email help@thebridgetorecovery.org.